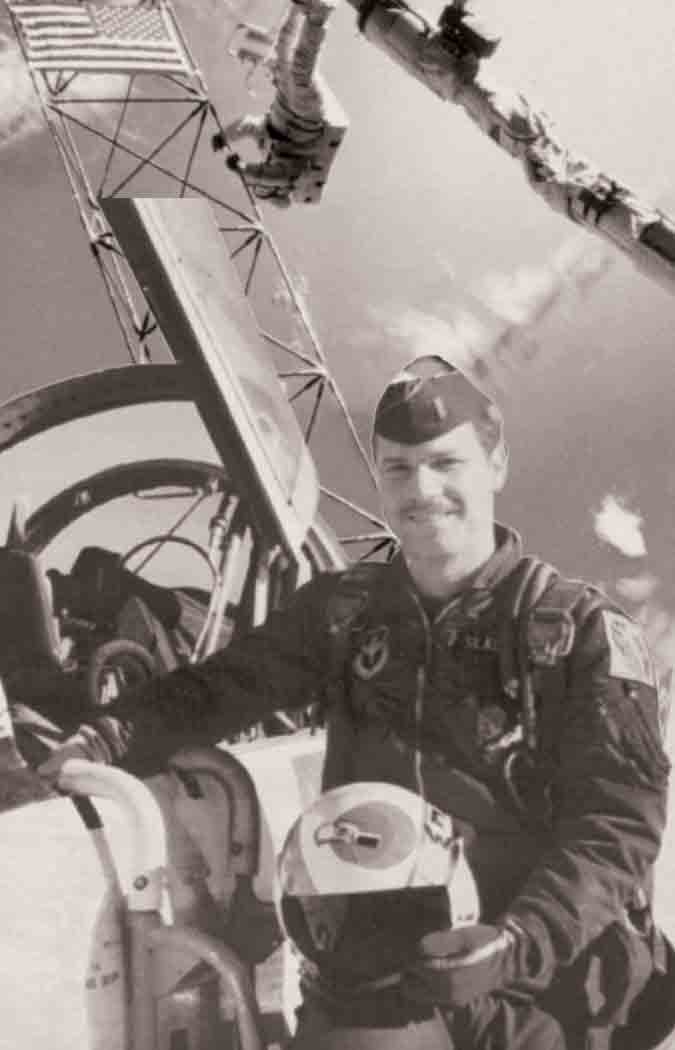 Charles William Slack III lived for aviation. He early on demonstrated his interest by earning a private pilot's license at age 16.

He was the youngest (age 20) member of his graduating class at Southeastern State College in Oklahoma where he earned a Bachelor of Science degree in professional aviation.

In 1975, Mr. Slack entered the U.S. Air Force and in 1976 graduated from officer training school at Lackland Air Force Base. He flew several aircraft including T-37s, T-38s, C-5s, and C-130s. Rising to the rank of captain, Chuck Slack also participated in the Air Force B-2 project.

Mr. Slack retired from the Air Force in early 1995 and subsequently worked for Rocketdyne in California. He also flew C-130 aircraft to extinguish California wild fires.

Chuck Slack's life spanned only a few brief years, but was filled with joy as a student and an instructor and with service to his country -- all as he pursued his dream of flight.

"Son of Air
we stood on the ground
and watched as you slipped
past earthly bounds.

Brother of Laughter
we shielded our eyes to
glimpse you dancing in
the skies.

Friend to all Creatures
we have flown with you
as hovering with the stars
you showed us galaxies & views.

You have left us the flight log
of stories to tell -
Laughter and adventures
from the places you dwell.

The tears sting our eyes
- as the sky we survey -
but you are now the wind
beneath our wings each and every day."