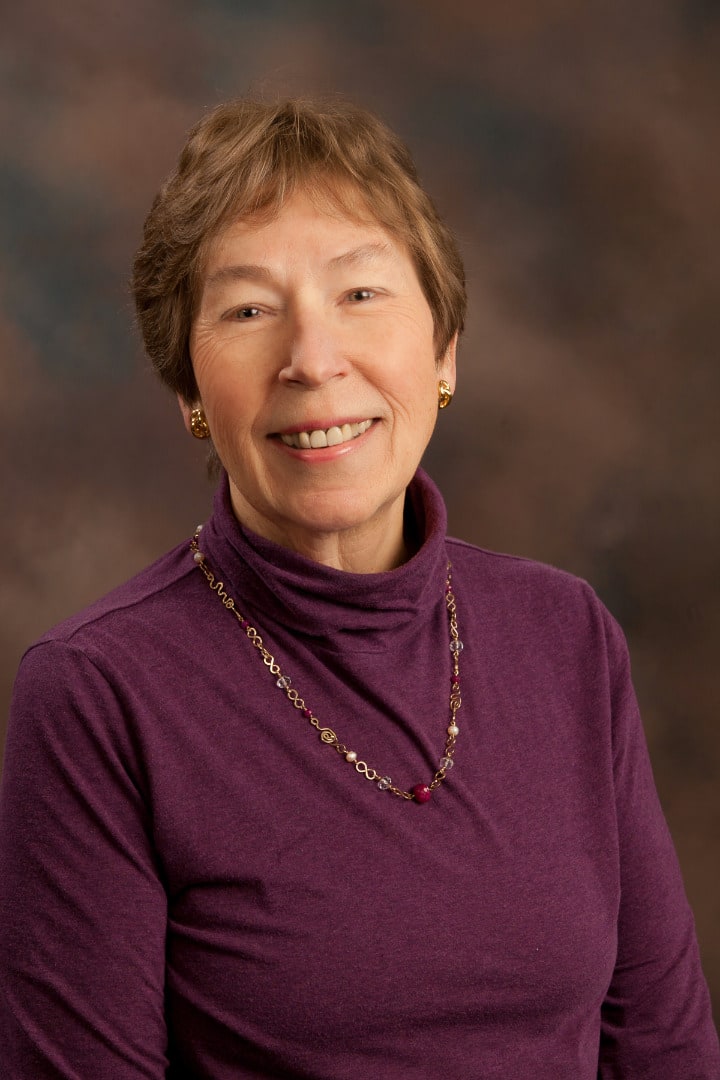 Kay Ann Heggestad, age 72, bought the farm, is no more, has ceased to be, left this world, is bereft of life, gave up the ghost, kicked the bucket, murió, c’est fini. She died on January 13, 2017 after a wimpy non-battle with multiple myeloma, a nasty bone marrow cancer, after almost 2 years to the date of diagnosis. No one should say she fought a courageous battle, because she did not! Unlike most folks, she complained all the way. What a whiner!  She was ready to quit treatment many times but her family pushed her to continue, which was good since she then had time to have parties and say good-bye to friends and relatives.

She was born on September 18, 1944 a fact she was asked 10 times or more per day by medical people. Many said she did not look THAT OLD and no, she did NOT dye her hair when she had some, except for occasional highlights. You can ask Jodi, her hairdresser.

Her parents were John and Augusta (Pulvermacher) Heggestad. She was born, raised and lived in Madison, Wisconsin except for one year as an intern in St. Paul, Minnesota, and two years on the Navaho reservation in Gallup, New Mexico where she taught medics and delivered lots of new Navahos and a few Zuni Native Americans. She went to medical school at UW Madison. The two best things about med school were finding her husband, Paul Wertsch, in the pathology lab and marrying him a year later, and being taught how to do a proper physical examination by William S. Middleton who was her escort at Med school graduation. She even wore a dress for that occasion.

After finishing a sometimes stormy family practice residency, she and her husband and Dr. Daniel Barry worked at the Monona Grove clinic and then a few years later, the three of them plus their manager, Alice Soule, built, stocked and opened the Wildwood Family Clinic in 1977. The clinic has now grown to 2 offices, 10 doctors, 4 PAs, 6 PTs, and 2 psychiatric social workers. Kay left Wildwood in 2000 to become a medical director at what is now called Agrace Hospice and thought she had found her true calling in life, only to be “let go” after 5 years. After she left, they replaced her with a puppy. Paul says it was because the dog had a nicer personality. That was an extremely hard time for her.

She was saved by her volunteer work. She was a classroom assistant/tutor in algebra at Sennett Middle School for several years and she was on the national & local boards of PFLAG. She also did talks for the residents of Aster Assisted Living—a bit of standup and a bit of medicine monthly for 5 years. She got more out of it than they did…and made new wonderful friends. Here’s to you Dick, Wayne, Paul, Kay, Nola, Gloria, Marge, Shirley and all the rest of yas.  She also was a volunteer guardian to several folks over the last 7 years…something many people could do.  Check that out if you want a little challenge.

And volleyball.  She played 6-10 hours per week as long as she was able for the last 8 years of her life, like an addiction, last playing on Dec. 16, 2016. She made great friends thru the sport. She tried to learn Spanish for 12 years, achieving the ability to order beer and find a bathroom. Her classmates became great friends.

Kay and Paul Wertsch were married for 48 years and have two wonderful kids, Johanna Wertsch (Larry Kaltenberg) in Madison and Gregory Wertsch (Mark Ferrandino) in Denver, and two lovely granddaughters, Paulina Kay Wertsch, and Lila Augusta Ferrandino. Paul was THE BEST HUSBAND in the world. Really.

She is also survived by an excellent sister Joan Ausse (Patrick) of Madison, and sister–in-law Jacqueline Wertsch of Milwaukee and by dozens of uncles/aunts, cousins, nieces and nephews all over the U.S. and in Norway and some out-of-this-world friends who supported her through the final months. If she started to name them, this obit would triple in length… you know who you are.

A celebration of life was held in May 2015, a bit prematurely, and she is sorry if you missed it. She said it was the best party she ever attended. A second celebration was held September 2016 and that was as good as the first one.  She will miss the third one. She had a great life and wants people to not grieve. (In case anyone would.) Grieving won’t bring her back so what is the point… just makes you feel bad.  And, she had a T-shirt that said, “I know what is right for everyone.” She was right.

She wanted to express her gratitude to Dr. Dirk Nuenninghoff for making the myeloma diagnosis early, Dr. Michael Frontiera for his great expertise in getting her initial remission and for making her laugh, and to Dr. Natalie Callander and all of her team for working so hard to keep the old girl alive. She wants to thank the staffs of St. Mary’s Hospital and B6/6 at UW Hospital, a fine bunch of committed people who provide excellent care in a cheerful manner to those not very cheerful.

Biography by the Heggestad Family

The above obituary was written by Dr. Heggestad herself, but her family agreed that she left out some critical points in her extraordinary life. We felt it was important to document these excluded essentials, so we provided an additional obituary.

She was raised Roman Catholic and got a very good education in the Catholic school system. She used that education to help people by correcting their grammatical errors, even if no one asked her to. She later, as an adult, found that she could not tolerate a religion that treated women as second-class citizens and left the faith.

She was the daughter of a Norwegian immigrant, John Heggestad, who came to America on his own at age 18 with $40 in his pocket. He learned the trade of carpentry and later went on to manage the Eagles club in Madison, Wisconsin. He instilled in his daughter the idea that if he had been lucky enough to be born in America, he would have become a doctor.  Kay took this to heart and became a family physician.

But becoming a physician was no easy task. She fought sexism in order to get into medical school. Female applicants had to do more interviews than males and one professor had even said that all female students should have hysterectomies so that they didn’t waste their time raising families. Needless to say, there is less sexism after Kay got finished with them.

She was the first female student to graduate from the University of Wisconsin Family Practice Residency. She was the first female Family Practice doctor to deliver babies in Madison and she developed a large practice. She was a co-founder of Wildwood Family Clinic with her husband, Paul Wertsch, MD, and Daniel Barry, Maryland. They were soon after joined by Calvin Bruce, Maryland.

She was a caring, indefatigable Family Doctor and she had a very large obstetrical practice. If she didn’t know what was wrong with you, she would not rest until she found out. That was just the type of doctor she was: compassionate, curious, and knowledgeable. If Kay was your doc, you had nothing to worry about. As a patient, however, she was not always easy to get along with, unless, that is, you did what she told you to do. And since she was always right, it was better to do what she told you to do. In fact, her family bought her a T-shirt which said, “I know what’s best for everyone” and she wore it with pride.  She constantly kept up with medical advances and even after she retired, she was the person to go to if you did not know something medically.

Even while creating an astounding career, she found time to raise two wonderful kids Johanna (Larry Kaltenberg)  and Gregory (Mark Ferrandino) who later provided her with two wonderful grandchildren, Paulina and Lila. She used her ferocious determination to make the world a better place and to do it with humor. That is definitely a trait she has inspired in all of her surrounding family.

She was a part in changing the world. When she found out that her son was gay, she educated herself and became an advocate for gay, lesbian, bisexual, and transgender people. She became active in the local PFLAG (Parents, Families and Friends of Lesbians and Gays) and went on to serve on the National Board of PFLAG. She became a warrior, a true champion for the rights of GLBT people everywhere.

Kay loved to make people laugh, so much so that she took improv classes to improve her skills. She always included jokes in any lectures that she gave and had her family, friends, and doctors constantly in hysterics, even during the rough times. She really had a gift for comedy.

She was a big Star Trek fan and likened her attitude to Dr. McCoy ("Bones") of the original series, and her tap dancing ability to Dr. Beverly Crusher of Star Trek: The Next Generation.

Her father taught her to play euchre and poker and she quickly became a formidable player. She hardly ever bluffed and, therefore, could bluff with impunity. Many people went home with less money than they brought to the poker game because of Kay.

She was very competitive throughout life, especially with her physician husband, Paul Wertsch, who was her classmate in medical school. In their competitions, she always scored just a little bit better than Paul in whatever they did. Competing to the end, her last words before dying were, “Beat you, Paul.”

The words of love and respect we could give this woman would fill a library of books. She influenced every person she met in a different and remarkable way. She will be missed deeply.