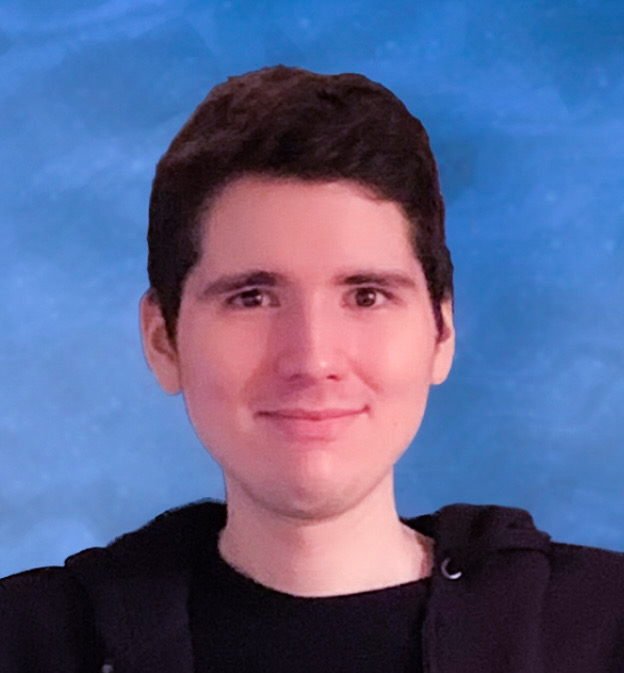 Juan Vicente Alana Mayol, 29 (JuanV) was born in Orlando, Florida on August 25th, 1993, to Juan E. Alana and Blanca R. Mayol. He was the youngest of two siblings. JuanV passed away peacefully on November 17th, 2022. His mother, father and sister Rhianna were by his side. JuanV’s passions were filmmaking and space exploration.

JuanV was exceptional and an inspiration to anyone who ever crossed paths with him. He was headstrong, kindhearted, happy, and extremely intelligent. No matter what life threw at him, he was unstoppable. He was diagnosed with Duchenne Muscular Dystrophy at 3, and later with severe heart failure and decreased lung function, but that never stopped JuanV. He loved life and never allowed his illnesses to interfere with the life he wanted.

At a very young age, he decided he was going to be as normal as possible. He had a very happy childhood along with his sister Rhianna who always watched and protected him like a hawk. At 8, he met Pierce Brosnan while filming “After the Sunset “in the Bahamas. Pierce was amazing with JuanV. They talked about movies and film. The director allowed JuanV to direct a scene in the movie, and in that instant, JuanV decided he was going to be a filmmaker. He became wheelchair bound at 12, but that didn’t stop him. He battled challenge after challenge with braveness and dignity. He never gave up and never felt sorry for himself. He was extremely determined and achieved every goal he set for himself.

JuanV started his filmmaking career in high school where he would write, produce, and direct short films with his two best friends Joey LaPointe and Garrett Wincey. Together they made three complete shorts, posted to YouTube, titled “Skitsofrenic” (2010), “Resurrection” (2011), and “The Man in the Machine” (2012).

He graduated high school in 2012 and applied to Full Sail; he was accepted. Even though his heart was in extremely bad shape at the time, JuanV decided to physically attend class. His doctors started calling him “the miracle child”! for they couldn’t explain how he could do the things he did. He graduated after 3 years with a degree in Bachelor Science / Film degree.

After JuanV graduated from Full Sail, he did an internship with Pivot Consulting filming livestreams and editing commercials, then he started freelancing with graphic design. However, that never distracted him from his love of film. JuanV continued to write, produce, film, and edit short films along with Joey and Garrett. Two of his shorts were accepted into Film Slam, a film festival at the Enzian Theater. The first titled “I Ate Some Human Meat, Turned into a Cannibal, and Ate My Friend” (2016) and the second, being his proudest achievement for casting actors and filming on locations, was “Fishman: A Tale of Ignorance” (2017). JuanV also started a couple of YouTube channels with podcasts about movies. His knowledge of films was extensive and impressive; he was a film guru. He loved Taika Waititi and hoped to be like him someday.

Joey and Garrett continued to support JuanV in all his endeavors. There are no words to describe how truly good friends they were to JuanV., they became family and brought so much happiness to JuanV’s life. They stood by him until the very end. His grandparents Gloria and Manuel Alana loved him and helped take care of him always. His cousin Giulliano was his “big brother” and spent so much time having fun and helping JuanV in every way possible. His friend, Juan Sebastian Serralles brought him joy and happiness in his last hours.

Space exploration was JuanV’s second passion ever since he discovered Star Trek, Star Wars, and Stargate at a very young age. He admired Elon Musk for his visions on space exploration and never missed a Space X rocket launch. Star Trek was his favorite. He watched all the movies and shows repeatedly. He watched Star Trek shows every single day, no kidding. His mom felt that Star Trek characters were part of the family. He loved William Shatner (Captain Kirk), Leonard Nimoy (Spock) and James Doohan (Scotty).

JuanV found out this year that they were sending Doohan ashes into space and thought that was the most amazing thing. For him, there is no greater honor than for his ashes to travel into space along with the original members of Star Trek. JuanV will be dearly missed. God sent us a special, gifted person who touched and inspired everyone who met him. As he would have said “Beam me up Scotty”!