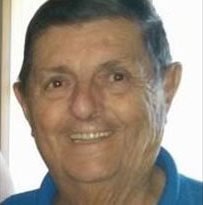 Captain Joseph Licata was born on July 31, 1930 and raised in Brooklyn. He later graduated from Samuel Tilden High School. Upon graduation, Joe worked many jobs including working as a seamstress and a lamp assembler. As a member of the New York National Guard he rose to the rank of Sergeant First Class. During this time he met Adele Ryzner, his lifelong partner. After much debate, Joe followed a family tradition and began his internship as a Sandy Hook Harbor Pilot. He entered “the boats” on April 2, 1952, soon followed by marrying Adele.

They started a family and moved to Staten Island. With 5 children (Charlie, Joe, Tommy, Carol, and Jimmy), Joe knew they needed a bigger place, so to the suburbs of New Jersey they moved. Joe continued with his career as a Pilot with the Sandy Hook Pilots, often teaching at the Kings Point Merchant Marine Academy. He even attended a training on how to maneuver super tankers in Port Revel, France.

Joe was also very involved in his children’s activities. Probably the most memorable was as a band parent, standing outside in the freezing weather handing out donuts and hot chocolate to the kids. He spent his free time working around the house and as a Travel Agent with Preferred Travel. As 1983 approached, Joe neared retirement and moved his family to Cape Coral, Florida. With his last child in high school Joe was able to enjoy life a little more. Joe and Adele were able to travel around the world to include trips to China, Ireland, West Germany, England, Africa, Italy, and Alaska. They traveled on many cruises and several different oceans and seas to include a most memorable one on the Queen Elizabeth 2.

Joe was able to enjoy time with his 16 grandchildren in New Jersey, Florida, and Vermont. As a huge fan of the original Star Trek, it is only fitting that he goes “where no man has gone before”. On a trip to Universal Studios, Joe convinced Adele, daughter Carol and son Jimmy to participate in a green screen video on the bridge of the Star Ship Enterprise. Joe was Captain, Jimmy the Vulcan, with Adele and Carol as the helmsmen. They all defeated the Klingons in a most hilarious video. Joe was also a fan of old TV shows. He would often refer to friends as “Kemo Sabe” as Tonto would call the Lone Ranger.

As Adele would say, “I love you,” Joe would always respond, “Love you more.” He would often look at his wife Adele and say, “Not too bad for two dumb kids from Brooklyn. Can you believe we started all of this?”