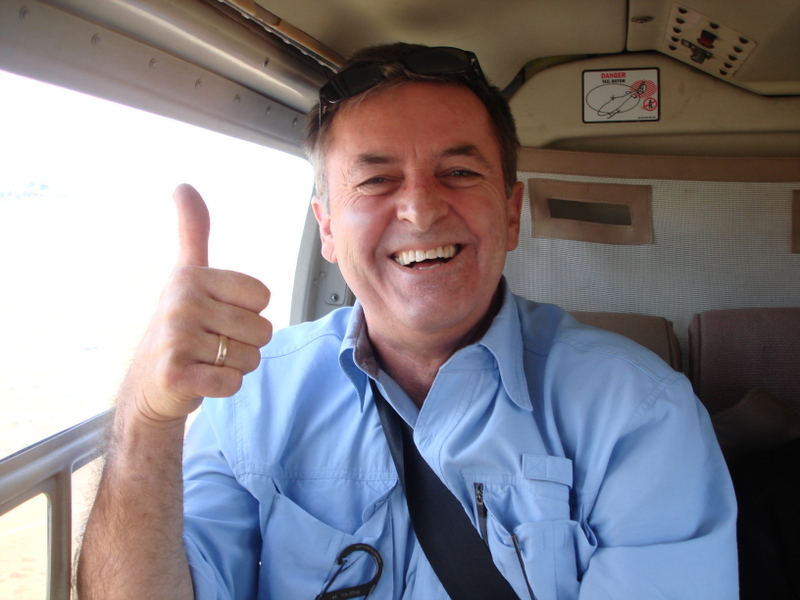 John Mathews could always be heard saying, “Make memories!” and based his own life on this motto.

Born on August 19, 1954 in Orange, CA to Bruce and Margaret Mathews, he was the younger brother to Janet and Charles and older brother to Nancy. Right from the start, John had a way with people and often claimed he was his Grandmother’s favorite. Smart, inquisitive, and eager to find adventure, he often found himself the ring leader and at the center of some excursion you never knew you wanted to be on, but you always ended up having the best time.

A true renaissance man, John played the piano and loved jazz and the blues as much as he loved good rap music. He was an avid reader who spent at least an hour a day reading either a business book, biography or the latest espionage thriller. He subscribed to and read every car magazine cover to cover. John was also well versed in science and politics. He had a strong desire to understand where all sides were coming from, which is why his friendships spanned both sides of the aisle.

People often said John danced to his own beat. This may be one of the reasons for his many business successes. John’s entrepreneurial side was formed at an early age. No matter what job he had, raking leaves, delivering papers, scraping gum off the McDonald’s parking lot or delivering mail in one of the roughest neighborhoods in LA, John gave it 110% and always added his own special flair to the job. So, no one was surprised when after 20+ years as a sales executive in the insurance industry, he started his own insurance company (ComRisk) in Phoenix, Arizona in 1999.

John was an innovator in the Self-Funded insurance space and grew ComRisk into one of the largest Stop Loss GAs in the country. To this day, the model he created continues to be the industry standard. John sold to BenefitMall in 2006 and John continued his leadership over the Self-Funded Division team while also serving on a number of corporate advisory boards up until he died.

Outside of work, John took flying lessons and remarked in a pinch that he could land a 747. John was a true adventurer at heart. He loved cool cars, and fast boats, and was the first to say “Yes” when a trip was proposed. John embodied the phrase, Carpe Diem. He worked hard (and smart) and surrounded himself with the right people to share his success with, spreading goodwill along the way. He believed strongly in the power of karma and that your actions towards others would always come back to you. John took great pride as a business mentor, and nothing pleased him more than seeing his friends, family, and business colleagues succeed.

John was genuine, forthright, and a gifted storyteller. He could be outspoken, quick-witted, and was always the first to send you a (handwritten!) note when he felt a compliment was due. He was a very gregarious person who always made life fun for those lucky enough to be in his company.

A true gentleman, with a big personality and a magnetism that drew people in, John cared about everyone’s well-being and made those that came in contact with him feel special. If you were a friend, you were a friend for life. John’s devotion to friendships was best remembered by the way he took care of his friend Sue in her final days and the relationship he maintained with her son Cain for 45 years.

Quitting was never an option for John, no matter what life handed him. He would often tell the story of how he wanted to quit Eagle Scouts when he was a teenager, but his Father reminded him to finish what he started. That golden rule not only saw him through to the highest level of Eagle Scouts but would also serve him as he endured his nearly eight-year-long (and often painful) cancer journey.

But, John’s ultimate pride and joy in life was his family (wife Allison and daughter Gabrielle). He was often heard remarking, “I am the luckiest man in the world!” His fear of leaving them kept him awake at night. So, he packed as much living as he could into the remaining years of his life with family vacations and trips to visit friends creating lasting memories for all to enjoy. John lived more in his 67 years than many will live in two lifetimes.

Although John was saddened by the thought that he would miss many milestones in his daughter’s life, he took comfort in knowing she had matured into a beautiful, smart, caring, and independent young woman. He saw her develop a strong moral foundation and knew that would help carry her through many of life’s challenges.

John always found his greatest peace near the water’s edge and often referred to it as his “happy place.” Many memories were created with family and friends at his Colorado River home. One of his favorite past times was sitting on one of his boats with Allison and Gabrielle, watching the sunset over the river.

We will truly miss one of the best humans we know, but he will never be forgotten, thanks to all the wonderful memories we shared together. We will love you forever.