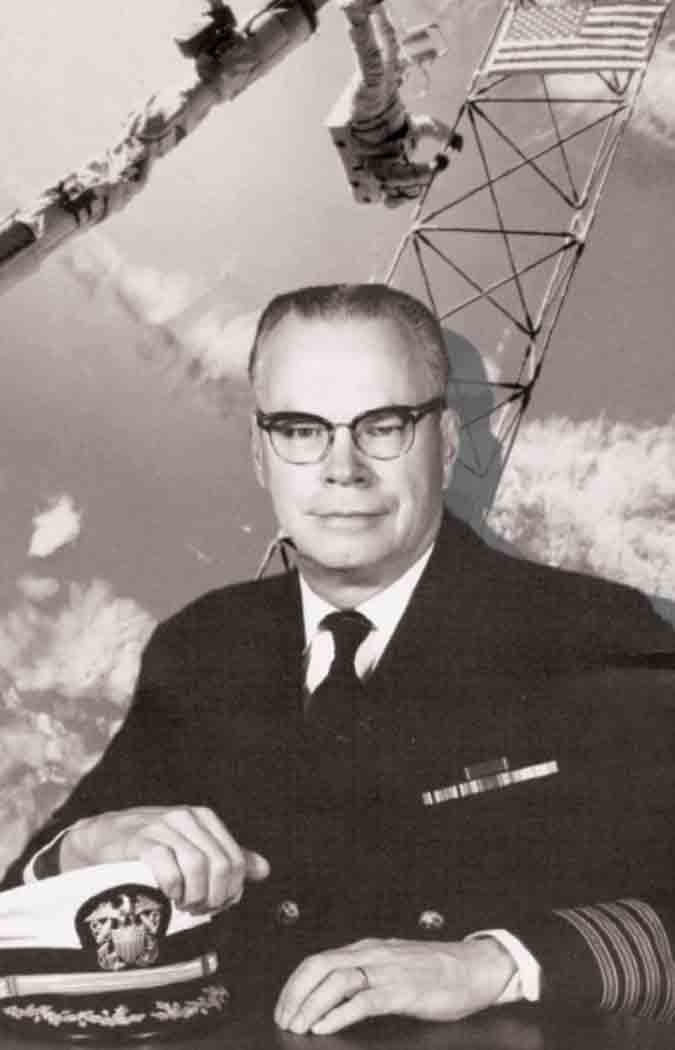 Most of John's friends called him "Doc". He used the phrase "Way to Go" to recognize and encourage his associates and family.

Dr. Sterrett's military career began as an officer on a U.S. Navy destroyer. As a retired captain in the Navy Reserves, he served as a scientific adviser in the Office of Naval Research in Project Vanguard, one of the pioneering American rocket development efforts. He worked on the U.S. Army Jupiter rocket program, and used ENIAC, the world's first computer, at the Ballistics Research Center at the Army Aberdeen Proving Ground in Maryland. He served as the chief mathematician in the Army Quartermaster Corps, as a scientific adviser to the North American Aerospace Defense Command (NORAD), and as the Director of the Air Force Aeroballistics Directorate.

Dr. Sterrett's civilian career included time with NASA as a staff scientist for computers and celestial mechanics. He worked with the famous rocket pioneer Werner von Braun and served as a space sciences consultant for Systems Control, Inc., of Palo Alto, California. He also worked as a nuclear effects consultant at both the Georgia Institute of Technology and Agbabian Associates in Los Angeles.

Active in numerous humanitarian efforts, Dr. Sterrett was a member of many nonprofit boards of directors for organizations such as the Rocky Mountain Rehabilitation Center and Goodwill Industries. He served as President of the Colorado State Association for Retarded Citizens, the International Year of Disabled Persons (1979), and the Coalition for Disabled People.

Described by friends and colleagues as "a true evangelist for the space program," Dr. Sterrett was a kind man, filled with humor and warmth. "John's unselfish devotion to helping others was well known," wrote Colorado Rep. Ken Kramer in 1983. Gerald Bliese, editor of the Senior Beacon, instituted an annual "Senior Citizen of the Year" award in his honor and wrote that Dr. Sterrett was a, "kindly man with a twinkle in his eyes and a smile to brighten all situations. . . . He served his country, his state, his city, his neighbors -- you and me." The Health Association of the Pikes Peak Region, which is located in the Dr. John K. Sterrett Building in Colorado Springs, noted that same year that Dr. Sterrett "gave freely of his time, his energy, his wisdom, and his humor. He gave to each handicapped person and to countless others his boundless supply of love and hope." Indeed, Dr. Sterrett tirelessly worked for the betterment of people not only in his own community, but also around the world.