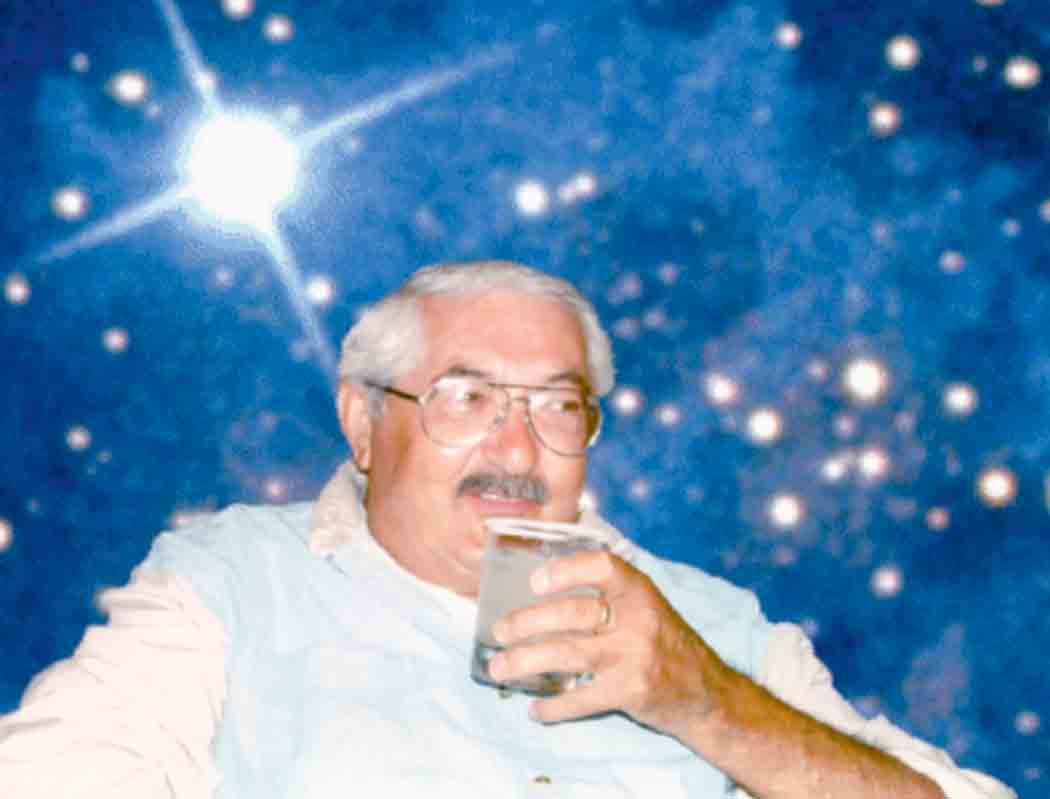 Born and raised in Livermore, Maine, John Boutilier had a truly "good heart" -- but he had a very, very bad heart. He and his wife were told one year after their marriage that he could not survive without a heart transplant.

After a traumatic year of frequent hospitalizations and much prayer, at age 58 he received the heart of a less fortunate young man. For a full year he suffered repeated bouts of rejection, receiving more of an anti-rejection drug than anyone had ever received before and survived.

His greatest joy was in documentaries about space, followed closely by golf matches. He was riveted by the Hubble Space Telescope coverage, and never missed watching a satellite launch. He yearned to volunteer his services for a one way mission into space to send back data and then travel endlessly into the universe.

Some of John's dreams came true. Five years after the transplant, he and his wife took the honeymoon cruise they couldn't afford when they were first married. A year later he was strong enough to drive a car again, and he even played golf -- slowly -- for two seasons.

His family has been fulfilling his wishes by scattering his ashes in as many far-away places as they can, places he wished to visit and could not. He now has gone to a Brazilian rain forest; Paris; a dozen golf courses; Senegal; major league baseball and basketball games; Guinea; Ireland; Branson, Missouri; Colorado; Washington, D.C.; a horse farm in Kentucky; London; Virginia Beach; Luxembourg; Ghana; the Ivory Coast -- and he nurtures the growing things in his garden at home.

So many friends, even some whom John never met in life, have participated in this saga, that it would have gladdened both of his hearts.