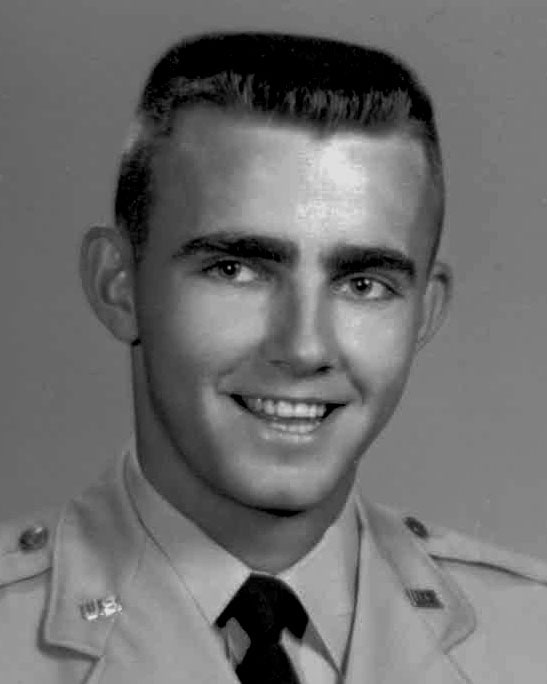 He was born January 29, 1931, in Wayne, Nebraska, the only child of Allen and Bonnie Bradford.

At the age of six, his family moved west, where he spent his younger years in Puyallup, Washington and moved to Eugene, Oregon in 1946, where he attended Eugene High School and went on to attend the University of Oregon, where he was a member of the Delta Tau Delta Fraternity and graduated with a degree in Economics.

Upon graduation in 1952, during the Korean War, he entered the Air Force and spent the next 12 years as a pilot, flying amphibious SA-16's in the Air Rescue Service out of Hamilton AFB in California, B-47's out of Dyess AFB in Texas and as the Air Force's then youngest Command Pilot of a B-52, flying 24-hour missions over the North Pole during the height of the cold war and was poised to intervene militarily, if necessary, during the 1962 Cuban Missile Crisis. He was stationed in California, Texas and New York and spent tours of duty in Labrador and in England. He resigned his commission as a Captain in 1964 and returned to Eugene as a civilian, where he worked for Willamette Valley Company as a salesman for a short time and then took over the management of Brad's Body & Fender (the business his parents founded) and remained as Corporate President and Manager until his retirement and the closing of the business, in 2005.

He took great pride in his three beautiful, blonde daughters; Christy, who passed away in 2000, Julia who lives in British Columbia with her husband Gerard Janse and Brooke who lives in Eugene with her husband Kenny Kilbane. He also had five adored grandchildren; Justin Bradford of British Columbia, Caulder Bradford of San Francisco, Benjamin Racy of Salem, Oregon, Jaren Kilbane of Eugene and Lily Kilbane also of Eugene.

In 1973, he married Carole Ann Jantz and in 1981, they moved to an acreage in Dexter, Oregon, where they built a home and fenced the property with lumber cut from their own trees. There they began raising their beloved Morgan Show Horses - a passion which he whole-heartedly supported. He often said that he found the physical labor involved his role as "gentleman farmer" to be a welcome distraction from his "day job", and took great pride in maintaining their ranch and caring for the animals (especially his two black Labradors and two miniature schnauzers!)

Jim was past president of the Eugene Active 20-30 Club and joined the Eugene Downtown Lions Club in 1972, where he served as President (2000-01), Tail Twister and most recently enjoyed his role as provider of the-joke-of-the-day during noon meetings each week. The Lions Club recognized his service through the Melvin Jones Fellowship Award, and the very prestigious Ralph W. Robinson Award. He also gave his time volunteering for Meals on Wheels, as a Mentor for several middle schoolers and as a volunteer at RiverBend Hospital.

Jim loved flying and he felt honored that he was given the opportunity to serve in the military. Obviously the United States Air Force instilled in him the principles by which he lived his entire life, those principles commemorated in the triple spires of the inspirational Air Force Memorial in Arlington, Virginia, and they are: Integrity First / Service Before Self / Excellence In all We Do.

For all that he did for others, for all that he taught us about living a life of Honor, for always expecting the best from us and wishing the best for us - for the laughter we shared, as well as the tears, we will miss him and we will be forever grateful to have shared his life. His advice to everyone he left behind would undoubtedly be "life is brief and very fragile - Do that which makes you happy!"