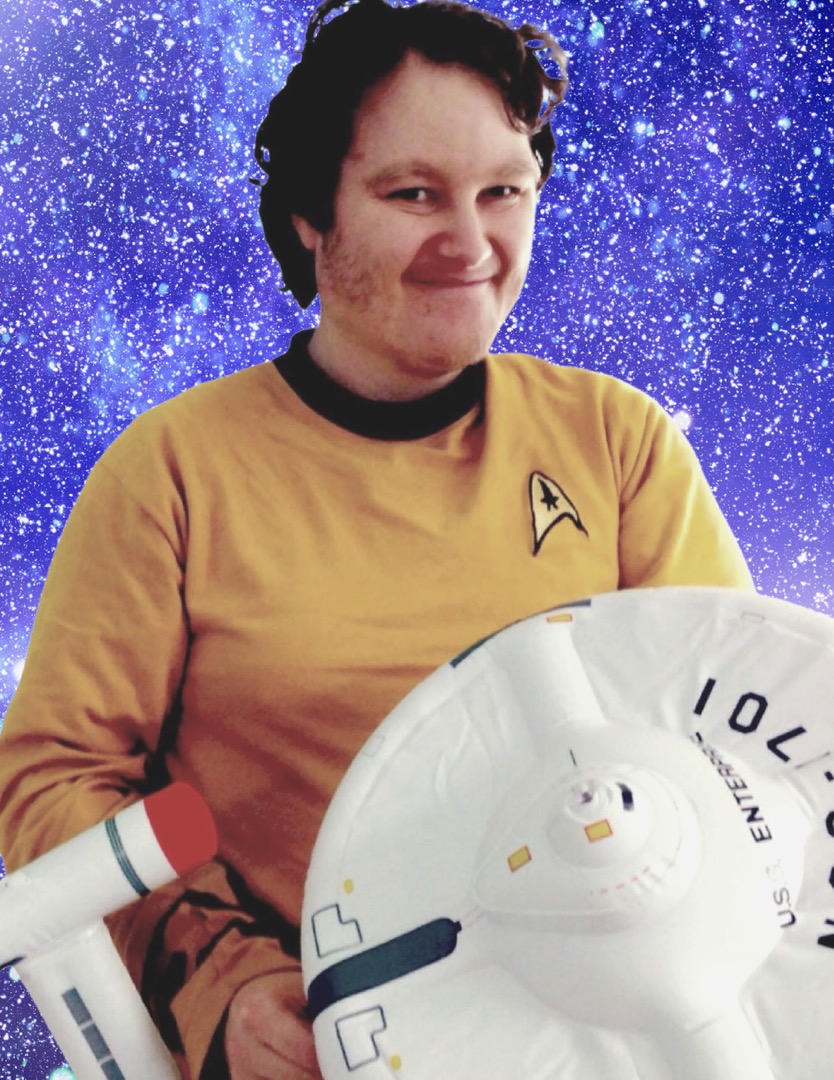 Jamie leaves a huge hole in the heart and lives of the people that adored his compassion for others, vivid imagination and great hope for humanity.

He lived simply for each day and didn’t carry superficial burdens. He was a messenger of agape love and kindness. He embodied wonder. People saw the wonder within him. He was a content tender man without attachment to societies illusions of achievements or power. He suited up rather than amouring up. His final frontier on the memorial spaceflight is the perfect honor and tribute to his life.

Jamie was born on January 31, 1979 in Troy, Ohio. Born with a rare illness, Congenital Rubella Syndrome (and a discouraging Physician list of assumed worst case scenarios), his life was immersed with all kinds of “presume competence” and self-determination community based services. At 6 mos. of age, he enrolled into an early intervention program of intensive therapies to stimulate his development. At age five, he entered his local public schools. He graduated from Troy High School in 1997.

During his school years, he developed fascinating interests and abilities in multiculturalism, language, music and art. Through school assignments about global citizenship and his curiosity about the world, he self taught himself many worldly languages by learning their alphabets and reading materials. He was especially fascinated by German, Greek, Spanish, French, Portuguese and Russian. He also was a gifted musician who could play the guitar, piano and synthesizer by ear.

After graduation and the release of Star Trek: First Contact, Jamie packed away his Wookie Village and Star Fighter and officially left the Star Wars Warrior life behind and entered Starfleet Command. This was the most important part of the past thirty years of his life. He was a devoted Star Trekker. He was more than a passionate fan, he felt a belonging to the mission and crew. Themes of humor, courage, honor, and teamwork helped him during tough times. He couldn’t wait for Comic Con’s, Star Trek Conventions and other gatherings to meet up with other fans. His love of words found a home in the United Federation of Planets where he translated and invented sentient languages. He was even sought out by Klingons because Jamie was one of the rare ones who could have a good insult throw down and knew “Hab SoSlI' meant, “Your mother has a smooth forehead!”

Jamie is survived by a far-reaching birth and chosen family of people. He was consistently bragged about, told stories of, thought of, cared for and generously spoiled at Christmas and birthdays (with you guessed it) his favorite unique collectibles. May his short but wide life be a reminder to embrace the vision “to open up our hearts and minds and connect with one another to create a better world.”