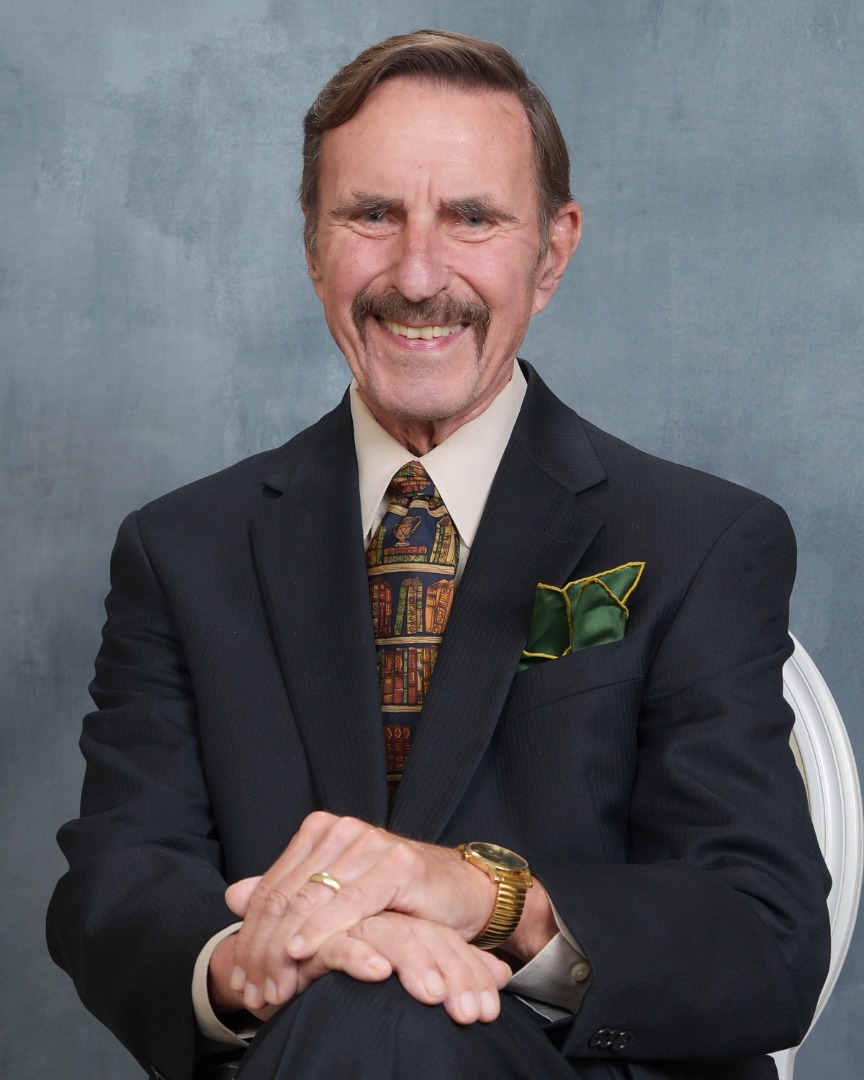 Born in 1938, I grew up in a tough blue-collar immigrant neighborhood in Chicago. Like most immigrant neighborhoods, this one was pretty good at producing scientists and engineers. Chicago has a great museum system, and my friends and I would spend days exploring them. In those museums I discovered a world of beauty and order.

In addition, we had a branch of the city library stuffed into a storefront on a side street, and this was a constant source of science fiction for me and my friends.  I remember my father coming into my room once while I was reading and asking me if I wouldn’t rather go out and play baseball, but really—how could baseball compare to the lost knowledge of the Krell?  I suppose those books and Isaac Asimov’s Foundation were a prelude to my avocation as a Trekkie, devouring all things Star Trek.

I had a pretty standard high school career—Dean’s list, letters in football, boxing, and track, various clubs and honor societies. One event stands out. My chemistry teacher, Willard Meuhl, took me aside as said “Kid, you’re good at this—you could be a scientist.”  This was something I had never thought about, but the man changed my life!

I went to the University of Illinois on a Sloane Foundation Scholarship, getting a BS in physics and math. I won a Marshall Scholarship and spent two wonderful years at Oxford reading philosophy of science and theoretical physics, then finished up with a PhD in theoretical physics at Stanford as a National Science Foundation Predoctoral Fellow.  I spent the early part of my career as one of the guys developing the quark model of elementary particles. I went on to the usual places—the European Center for Nuclear Research (CERN) in Geneva, the German Electron Synchrotron Lab in Hamburg, the Lab for Nuclear Science at MIT, and so on. Wound up teaching at the University of Virginia.

At UVA three important things happened. First, I began getting involved in medical physics, joining an experimental cancer therapy group in the medical school. Second, I started to write articles and books about science for the general public, after my first failed attempt to publish an article about quarks in Playboy (I’m not kidding!). Third, I bought an abandoned 25 acre farm within sight of the Blue Ridge mountains and built a house with my own hands. I heated the house with wood, kept bees, learned to make wine, did all the back to the land things that were popular at the time, and raised five children.

When I moved to George Mason in the 1980s things changed again. As a Guggenheim Fellow I spent several years with the paleontology group at the University of Chicago. I became a Fellow of the World Economic Forum, helping to plan out the scientific portions of the annual meeting at Davos. My writing for the public began to win numerous national awards, including the Andrew Gemant Award for linking physics to the humanities, the American Institute of Physics and Science (AIPS) Writing Award for Physics and Astronomy, and the American Association for the Advancement of Science (AAAS) Editors Lifetime Achievement Award.  I began to turn my attention exclusively to scientific literacy – explaining science to people who are not scientists.

By now I have written over 50 books.  I routinely give drafts of book chapters to my wife, Dr. Wanda O’Brien-Trefil, whose advice keeps me from getting too far into the weeds. My most successful book is a university level scientific literacy text, The Sciences: An Integrated Approach, now going into its 9th edition.  But my personal favorite is a book long out of print, Meditations at 10,000 Feet, based on hikes I used to take in the mountains of Montana.  As time has gone by, I have turned my attention more and more to the heavens, and my most recent books reflect that:  Space Atlas, Exoplanets, Imagined Life, and Cosmic Queries.

Thank you, Celestis, for making it possible for me to visit, in spirit, the places I write about.