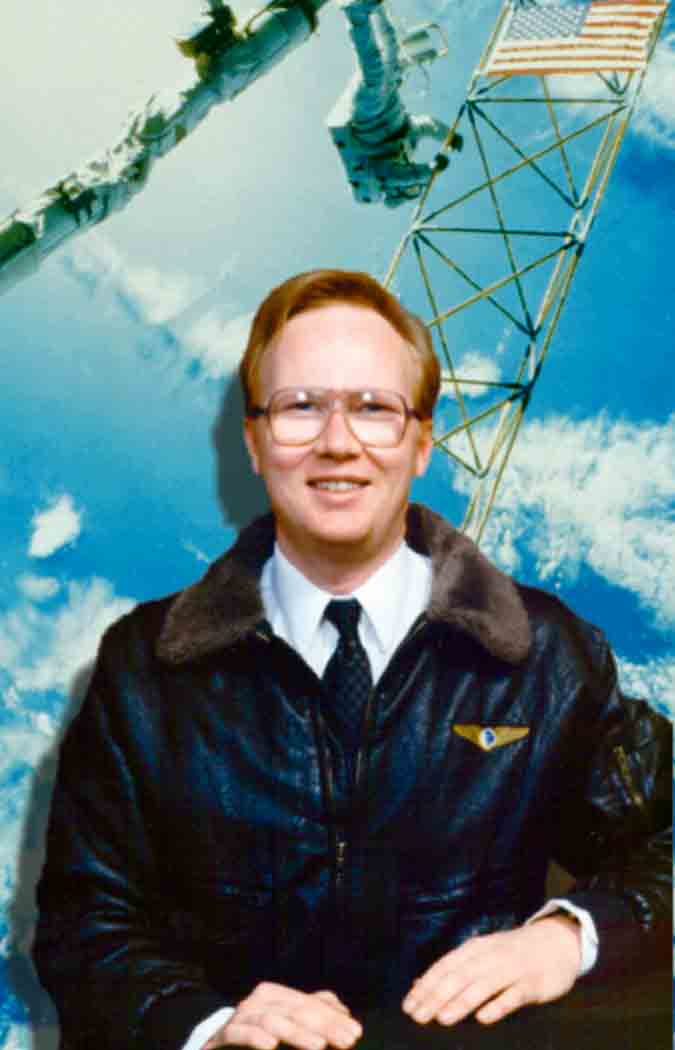 "And in the end, it's not the years in your life that count. It's the life in your years."

There was a great deal of life in James Sharpe's years. Mr. Sharpe was a stunt pilot, scuba diver, motorcyclist, and inventor. Mr. Sharpe's love of flying can be attributed to his father, who was a stunt pilot in his youth. Mr. Sharpe enjoyed stunt flying in single-engine planes. In fact, he once helped his father build a single-engine plane in a week at an air show in Lakeland, Florida. He was a very good pilot, winning nine of the last ten stunt flying contests in which he participated during 1994.

Mr. Sharpe excelled in other outdoor activities. A native of Tampa, Florida, he obtained his scuba diving license when he was only ten years old. He was an avid motorcyclist. Even though he was ill, he rode through twenty seven states on his motorcycle in 1995.

In addition to his other pursuits, Mr. Sharpe was interested in space. He enjoyed visiting the exhibits at the National Air & Space Museum in Washington, D.C. He also liked viewing the landing of the Space Shuttle at the Kennedy Space Center in Florida.

Mr. Sharpe worked for Texas Instruments in Houston for five years, and for ITT in Salt Lake City for nine years — adding several inventions to the company's portfolio.

"I know that there was never a moment in Jim's life that he was idle," writes his mother. "He accomplished so much and had so many friends. He was a wonderful husband, father, son, brother, and friend." Indeed, he was very dedicated to his family. He helped his wife earn two degrees in design engineering. He was also a loving father. He regularly attended PTA meetings at his daughter's school, helped her with her homework, and joined a church that his daughter decided to attend.

Mr. Sharpe's love for his family is manifested in "Riding the Wind," a song written and arranged for him by his brothers, Philip "Hapi" MacKenzie and Lloyd "Bumper" MacKenzie. The brothers are members of the Crabgrass Cowboys, a successful Florida musical group that blends elements of country, country-swing, bluegrass, and rockabilly music. His active lifestyle, his love for his family, and his successful career truly justifies his flight capsule personal message inscription, "Jim 'Rode the Wind' In Life."