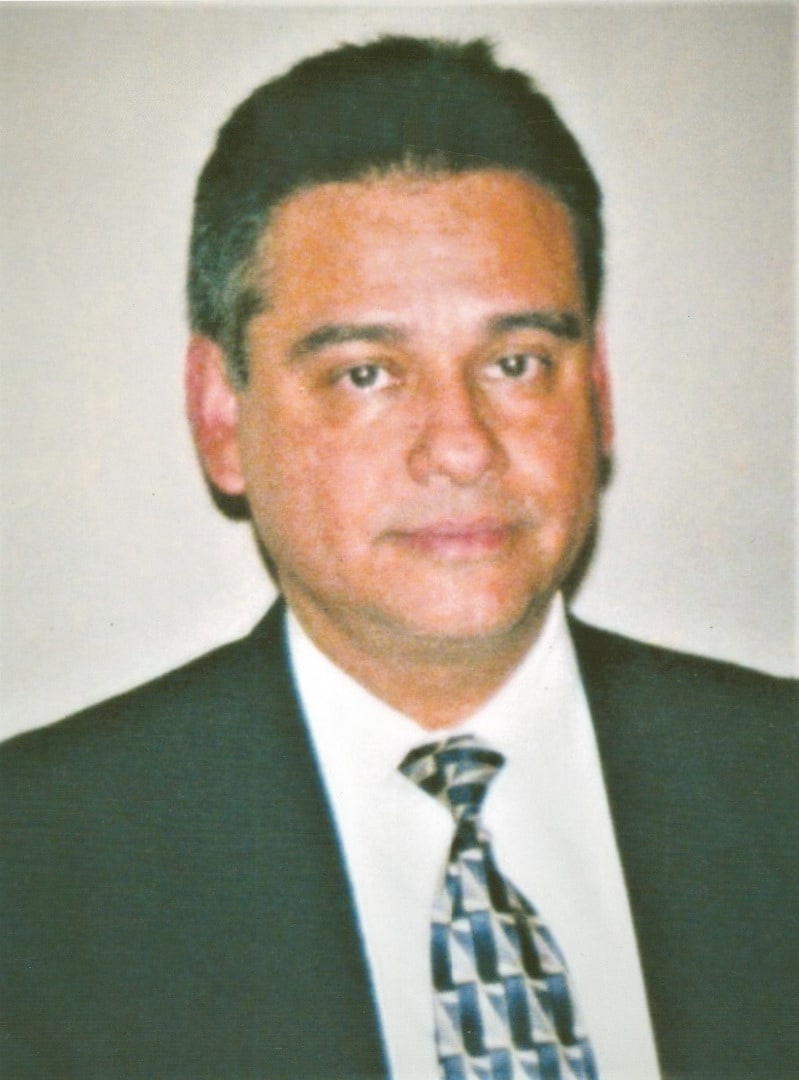 Israel was born and raised in Ciudad Juarez, Chihuahua, Mexico. His father was a blue collared worker and his mother was a stay-at-home mom. He was the oldest of three children. Israel married his college sweetheart, Angela, and they were married for more than 30 years, until his death. He had two children, a son and a daughter, who were his everything.

After his high school graduation, Israel attended the Instituto Tecnologico de Ciudad Juarez (Technological Institute of Ciudad Juarez). While being a student in college, he played college football. Although he dreamed of being a professional football player, Israel knew he had no chance but he enjoyed playing while he was working on his degree. Israel earned a bachelor’s degree in Accounting.

Israel worked as a senior accountant, financial manager, and financial consultant. He worked in different industries in finance and construction. For several years, he worked as the financial manager to the Coca Cola companies in Hermosillo, Sonora and in Chihuahua, Chihuahua. Israel was also an active member of the professional organization “Colegio de Contadores Publicos de Mexico” (College of Public Accountants of Mexico), where he continued growing professionally and promoting ethics in accounting among fellow professionals and junior accountants.

Later in life, Israel worked as an associate professor teaching tax and financial accounting courses at the Instituto Tecnologico e Monterrey (Technological Institute of Monterrey) and at the Universidad La Salle in Chihuahua, Mexico. He received several awards throughout his career for his astounding job as an accountant and as a professor. Although Israel loved his career as an accountant and was respected by his colleagues, he loved teaching. He was the happiest when he was in front of a classroom sharing his knowledge to the new and upcoming accountants.

In his private life, Israel and his wife Angela were active in their church activities, especially in leading groups of high school students called “misioneros” (missionaries). In their missionary work, they would bring education and resources to some of the poorest towns in the mountainous parts of Chihuahua.

Israel loved pop (Spanish and English) music from the 70’s and 80’s and Mariachi music. He was a huge fan of the Dallas Cowboys. His favorite vacation destination was any beach he would go to, especially those in Sonora, Mexico. His favorite food was anything that didn’t have onions.

One of his hobbies was to read and one of his favorite authors was Carl Sagan, who inspired him to know more about and admire space. As an amateur astronomer, he had the opportunity to participate in a research project from La Unversidad Autonoma de Sonora to study solar activity patterns. Israel was always following major astronomical events, especially those related to the Sun, NASA space programs, and rocket launches. He subscribed to YouTube channels related to space and he followed the NASA website. In one of his trips to Los Angeles, California, Israel visited the Griffith Observatory and had the opportunity to see through the gigantic telescope housed there. The man turned into a giddy boy on Christmas Day. Israel loved sharing his knowledge, his passion, and his love for space and astronomy with his family and friends. One day, his sister asked him why he was so interested in astronomy. He responded that space put everything in perspective in his life. He stated that looking at how immense space is compared to our universe, our planet, it made all our personal problems and the problems of the world look so insignificant. Israel said that in space you’ll find God.

This is why his family wants to honor Israel by giving him a chance to travel on a real rocket into space and be closer to the stars.

Israel was known by his family, friends, co-workers, and students for his charisma and great sense of humor. Even while fighting cancer, he always stayed positive and managed to put a big smile on our faces. Israel was a professional and a family man. He was strict, but also loving. He was a son, a brother, a husband, a father, a friend, a professional. Israel was many things but most importantly, he was a loving man.

Thank you dad/husband/son/brother/friend/professor for all your knowledge, care, and love you gave us during your time here on planet Earth. We miss you. We love you and hope you enjoy your trip to space!