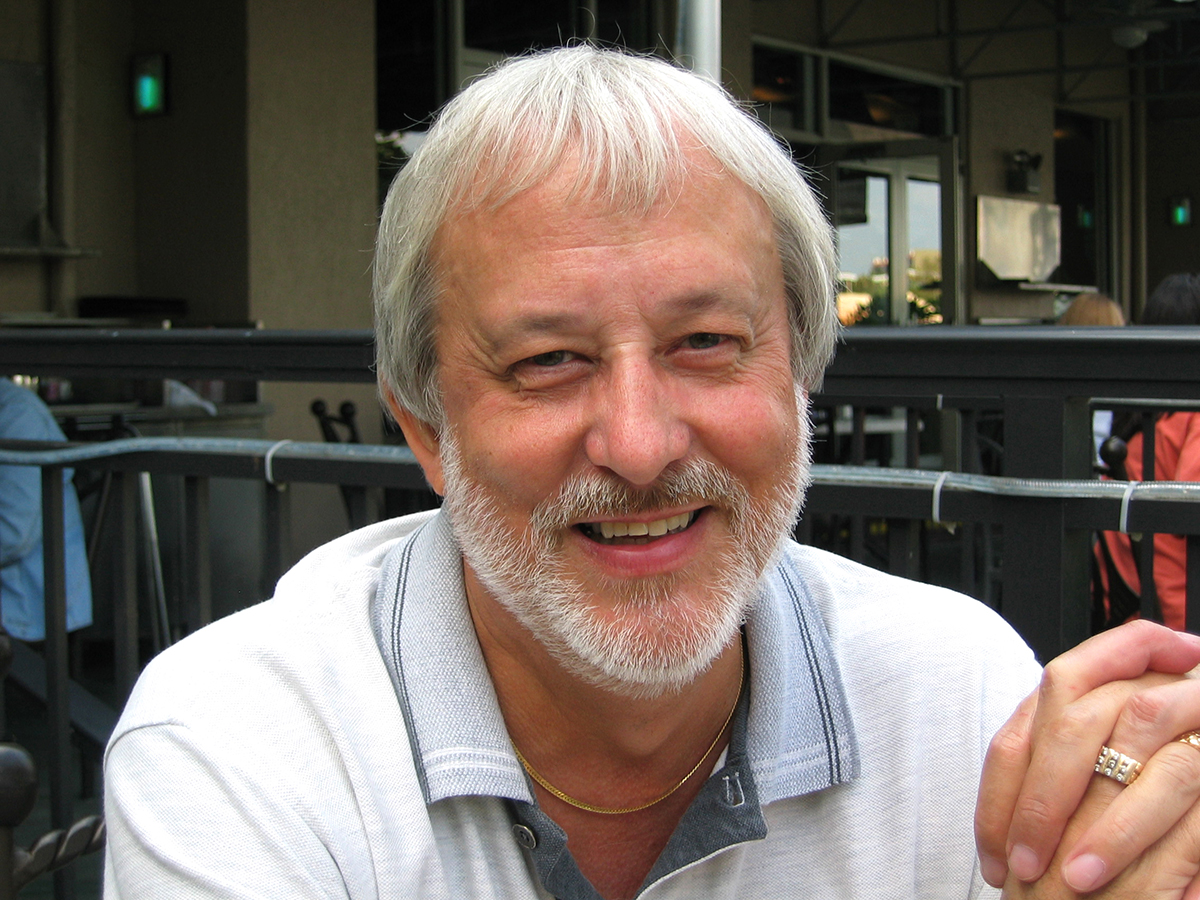 He was raised primarily in the Detroit area and graduated from Birmingham Groves High School in 1965. He graduated from Wayne State University in Detroit and worked at Burroughs Corporation while attending college. After graduation, he transferred to the Burroughs facility in Goleta, California, where he worked as a system programmer. He lived for several years in Santa Barbara, California.

While working in Goleta, he met Lynn Wollin, whom he later married after they moved to Orlando, Florida. He left Burroughs (which had by this time merged with Sperry Rand and become Unisys) and went to work for a small software company in Orlando. This firm grew and was merged with, or acquired by, other larger companies. He eventually retired from Fidelity National Information Systems in 2012. He was married to Lynn for 36 years.

From the time he was a young child he was fascinated by outer space and the idea of space travel. His favorite film as a young boy was the science fiction thriller Forbidden Planet, and he loved reading Arthur Clarke and Issac Asimov, as well as other science fiction writers. He avidly followed the space race contest between the United States and the (then) Soviet Union. The Soviet Union initially led this race with the launching of Sputnik in October of 1957, followed by the dog Laika (November 1957), and then by the first human in space, Yuri Gagarin (April 1961). However, when the United States got serious with the spaceflights of Alan Shepherd (May 1961), Gus Grissom (July 1961), and John Glenn (February of 1962), and their fellow Mercury 7 astronauts, Gordon was in his element. He ordered from NASA transcripts of the communications between the Space Center and John Glenn during Glenn’s orbits of the Earth.

As a teenager, he ordered small rockets made of heavy cardboard that he constructed and launched in his backyard. Eventually he constructed a 5-foot metal rocket, but was never able to find a location at which he could launch this (and it’s probable that he simply preferred to retain this rocket). He was ecstatic when Neil Armstrong walked on the Moon. This love of outer space never left him and he enjoyed being so close to Cape Canaveral and the Kennedy Space Center that when, for example, a rocket launched, he could watch the beginning of the launch on television, and then walk outside and see the rocket arching through the sky above.

When Lynn saw the Celestis option while making Gordon’s funeral arrangements, it was immediately clear that this was something that Gordon would have loved.

In addition to outer space, he enjoyed computers, sports, sports car racing, and music. He grew up in the late ‘50s and during the ‘60s when rock music developed. He was struck by the folk music culture, so he learned to play guitar and formed a four-person folk group.

Gordon is survived by his wife Lynn, his younger brothers Richard (Barbara) and Kenneth (Nancy), his nieces Kirsten (Andy), Kelsey (Andrew), Stephanie (Alex), and his nephew Christopher (Amanda), as well as his grandnephews Ryan, Thomas, Benedict, and his grandniece Kate.

Oh! I have slipped the surly bonds of Earth
And danced the skies on laughter-silvered wings;
Sunward I've climbed, and joined the tumbling mirth
Of sun-split clouds, — and done a hundred things
You have not dreamed of — wheeled and soared and swung
High in the sunlit silence. Hov'ring there,
I've chased the shouting wind along, and flung
My eager craft through footless halls of air...

Up, up the long, delirious burning blue
I've topped the wind-swept heights with easy grace
Where never lark, or ever eagle flew —
And, while with silent, lifting mind I've trod
The high un-trespassed sanctity of space,
Put out my hand, and touched the face of God.