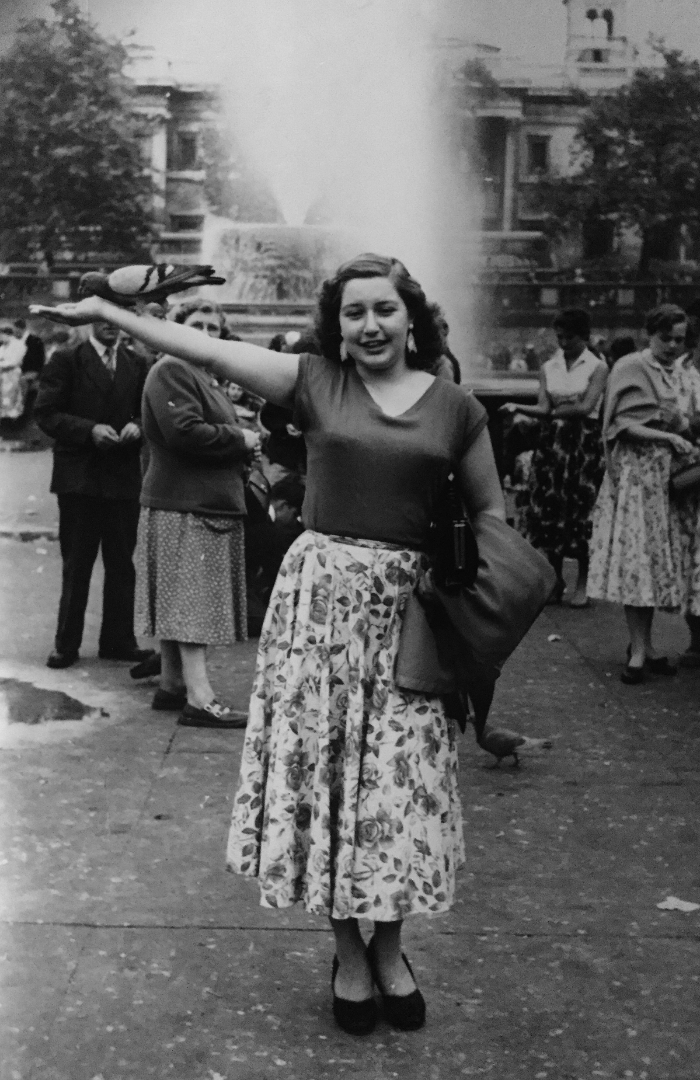 Gloria Violet Ragona was born on April 16 1936 in Devonport, England and grew up in Wakefield, England. She was through and through a Yorkshire lass with a brilliant captivating smile that would light up any room. She was always ready with a  welcoming wave for you to come closer and sit and have a chat. A pot of tea was never far behind along with some biscuits and a kind ear to listen to ones tails.

She grew up during WWII and had a multitude of stories about her memories of the war, all of them amusing and not in the least bit sad. She had a knack for seeing the brightest side of most situations. Some of her favorite war time stories involve the night time air raids where she and her brother and her mum would sit under the kitchen table surrounded by blackout curtains playing monopoly by candlelight. The only noise she remembers is the purring of the cat that would sit with them.

Gloria was always known for her love of animals and the word must of spread through the stray cat population, since there was no shortage of strays that would show up on a cold winters night looking for a good meal and a saucer of warm milk.

Gloria’s life was frugal, but despite not having much she happily shared everything she had.

Her later years were marred by ill health and limited mobility but did nothing to dampen her cheery nature. She often spoke of wanting to be up in the clouds after she had passed. Well, Gloria you have done more than that, you have blasted right through them and beyond them and you are looking down on all of us.

Every shooting star now will represent another of your inviting smiles, welcoming wave and a fresh pot of tea being brewed in the heavens.

We miss you Mum!