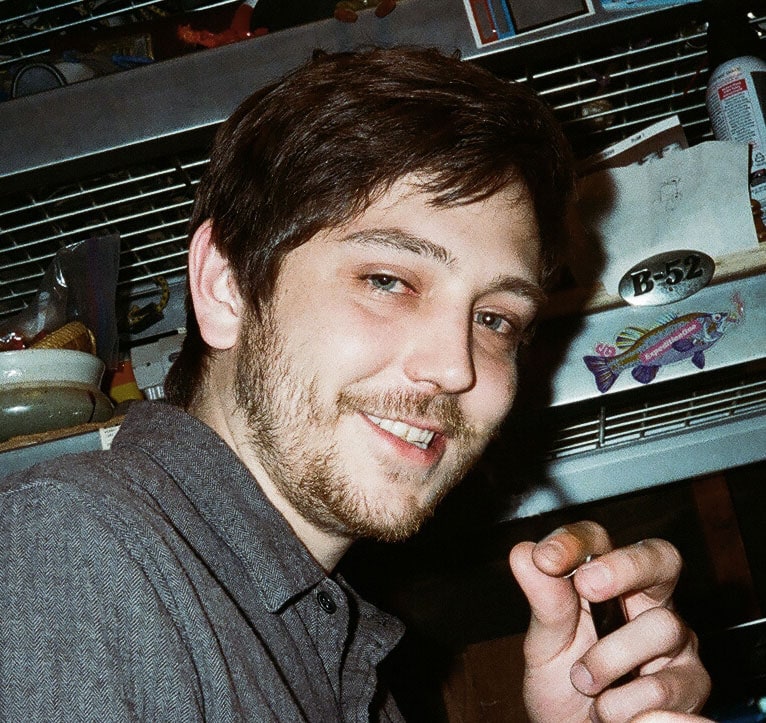 From Mom and Dad

Glen Christensen was, among other things, an artist and poet. Near his end he wrote, “There’s time to cherish before we perish. And if the end is near, I’ll walk from here.”

Glen was too suddenly taken from us by cancer. Words fail to describe the depth of our sadness at his passing. We are just so grateful for the 25 years we had with him, that he was able to come home for hospice near the end, and that so many of his friends were able to come and be part of an uplifting end to his life. Thank you everyone for that.

Shortly before Glen knew that his time with us was ending, he was talking about what was important in his life. His first thought was to bring back a family night. Pizza and board games. So many essential human traits wrapped up in one idea. Sincere, loving, simple, loyal, fun, in the moment. A few nights later, we had the best Clue session ever.

Glen was never about achievement in the 21st century sense. Not a fan of social media, Glen valued real facetime with friends and family. He was about authenticity. Being his real self in all ways. We look at some of the unposed pictures of his face, and if you know Glen, you’ve seen the look that says to you, “Be honest with yourself. Stay real. Don’t try so hard to fix things. See me. Really see me.” These are the things that mattered to him.

Glen managed to make us smile one moment and aggravate us the next. But we know why. He wore no mask, ever. He was about truth, authenticity. He said, “I love you, Mom” every day, and he meant it. He treasured his home, and his Mom’s kitchen at its heart, and her awesome meals that feed stomach and soul, and most of the young people in the area.

Glen loved the ocean from early on, from a time at San Onofre, at age three, standing up for the first time on his mom’s board. To a time many years later when we watched him surfing the North Shore on his own. It was cruelly ironic that he was susceptible to seasickness, and that just sitting in the line-up was enough to pollute the water around him sometimes. But he always had saltwater in his blood and could not imagine life away from the ocean.

Glen was just beginning to bloom as an artist. All the pieces were starting to come together. He was finding his voice in song, learning musical instruments, drawing seriously introspective portraits, learning black & white photography, having fun performing in the band. He was finally finding ways to express his authentic self. We are so grateful to his band mates and close friends Ronnie, William, and Colin, and so many others, for being part of Glen’s launch into the world of music and art.

Glen was a Renaissance Man. His troubles did not define him. He integrated them into his life. He was a habitual smoocher, hugger, artist, true friend, good son, and brother to Camille. Glen’s dad introduced him to NASA’s Astronomy Picture of the Day website many years ago, and took him out to watch comets go by. On trips to the High Sierra he would stay up at night watching the Milky Way slowly glide through the sky. When asked what he wanted done with his remains, without hesitation he said he wanted to go to space. So we are making this happen for him. Sometime in 2016 Glen will hitch a ride on a rocket to an orbit on a satellite or space station. A small part of him also joined us on a paddle out at his favorite surf spot with 100 of his friends. And he will take a final trip with his dad to a High Sierra lake next summer.

Glen was our beloved son. We love and thank everyone who has been part of his life and ours over the years.

Please keep him in your thoughts, prayers and dreams.
Good night baby boy. We love you.

You can go to sleep now.

From the Band (William, Colin, Ronnie)

Glen left us on October 3rd with a hole in our hearts. He was a comet of human spirit and one of the most explosively creative people around. With his band Distractor, he managed to capture raw emotion onto paper, and when you got it, you really got it. His do-it-yourself energy – Glenergy – wasn’t an aesthetic of his personality; it was just how he saw the world. Listen closely to what’s written in his songs or poems and you’ll get that strange feeling in your spine that the words are somehow about you. In the end, he battled with time and death to make sure his friends and family, close and from far away, could say their sad goodbyes. Glen is Spaceman. And like any true spaceman, Earth is just another pit stop on the road to the greater unknown. Glen’s ashes will board a rocket and launch to space in 2016. After clearing the atmosphere, Glen will orbit eternally, reminding us to always keep our gaze locked firmly on the stars.

I’ll start by borrowing a couple of sentences from Marilynne Robinson’s novel Gilead. She writes: “We send our children into the wilderness. Some of them on the first day they are born, it seems. Some of them seem to be a kind of wilderness unto themselves. But there must be angels there, too, and springs of water.” I believe that if you were to say to Glen that he was a kind of wilderness unto himself, he would nod with slow cool, saying glad you “got it.” But I don’t want to talk about the wilderness that he so often was but about those angels, those springs of water that, Robinson suggests, reside in all forms of wilderness.

I imagine that there are different sorts of angels in a wilderness. The nagging angels, who want that thicket of emotional weeds trimmed right now. The resentful and praying angels, who pray for opportunities to be as wild as the wilderness, who are full of self-pity. There are the shrewd, well-meaning angels who do not think anyone, for any reason, should ever be content to be a wilderness unto himself—How selfish! How careless! How hard on us!

And then there are angels in the wilderness unto himself which is Glen that are called Kelly and Kim—true, not their preferred angel job as parents—who understand how hard a wilderness is to tend, to trim enough for there to be streams of light coming through the tops of the gnarly trees, but who are nevertheless equipped with heaps of wonder, even awe, and always love. “What a place! I’ve never seen anything like it! It scares me sometimes! It’s beautiful! I think it’s stoned!”

Enter Ronnie, Will, and Colin et al.—younger angels attracted by Kim’s recipes for manna from heaven and Kelly’s transcendent patience. “Is he really a dad?” one of these young angels asks. “No, bro. He’s just an angel who knows his s**t.” Robinson says that even if you are a wilderness unto yourself, there are springs of water as well as angels. I think of those springs of water as Glen’s special wit and intelligence – How refreshing to hear him say, as we are obliged to go around the table at Thanksgiving and announce what we are thankful for, “I’m thankful we don’t have to celebrate Thanksgiving for another year.” Way more mischievous than sullen, this remark. I love it. When he was maybe ten, at another Thanksgiving day gathering, I suggested that he and I play hide and seek. He’d go sit on the sidewalk in front of the house while I searched hiding places. When I finally found him, I asked, “What’s going on?” “We’re playing seek and seek. You seek. It’s pretty easy.”

Glen’s wit outlasted his body. About three years ago, he sent me a book by way of introducing me to the artist Bansky. I read a few months ago that Bansky had created a Dismaland in London—a wicked parody of the Disneyland amusement parks. By mid-August of this year, Glen and I were both diagnosed with cancer (they’re fairly certain they can fix mine) and I suggested that we go to Dismaland when we both got better. The last time I talked with Glen, he couldn’t really talk—at all. But he did manage to say, “See you in London.”

Connect springs of water to anything that wakes you up, that gives you chills, that does not soothe and conform—and you’re inching toward the qualities of Glen’s imagination. With Will and Ronnie and Colin and friends he made music videos that are delightful, mind-boggling, creepy, funny. One of the things I love most—the thing I love most—is that Glen does all of the solo singing but no music teacher would say he can sing; he plays the trumpet as if he could play the trumpet. He does all this with a self-ironic esprit and genuine playfulness. If you have not seen Distractor’s album Devotion on YouTube, do so today. Jump into a startling spring of water. Get your mind blown. He’d want that for us.

“I see myself as a huge fiery comet, a shooting star. Everyone stops, points up and gasps, ‘Oh look at that!’ Then whoosh, and I'm gone – and they'll never see anything like it ever again – and they won't be able to forget me – ever.” — Jim Morrison

Glen, Life cheated you! But maybe you already have been once around? In the short Earth time you had, you showed us the importance of thinking differently and the importance of sharing that difference. We will do our best to continue on that path. If I could put the Breath, the “Ha”, back in you, I would. 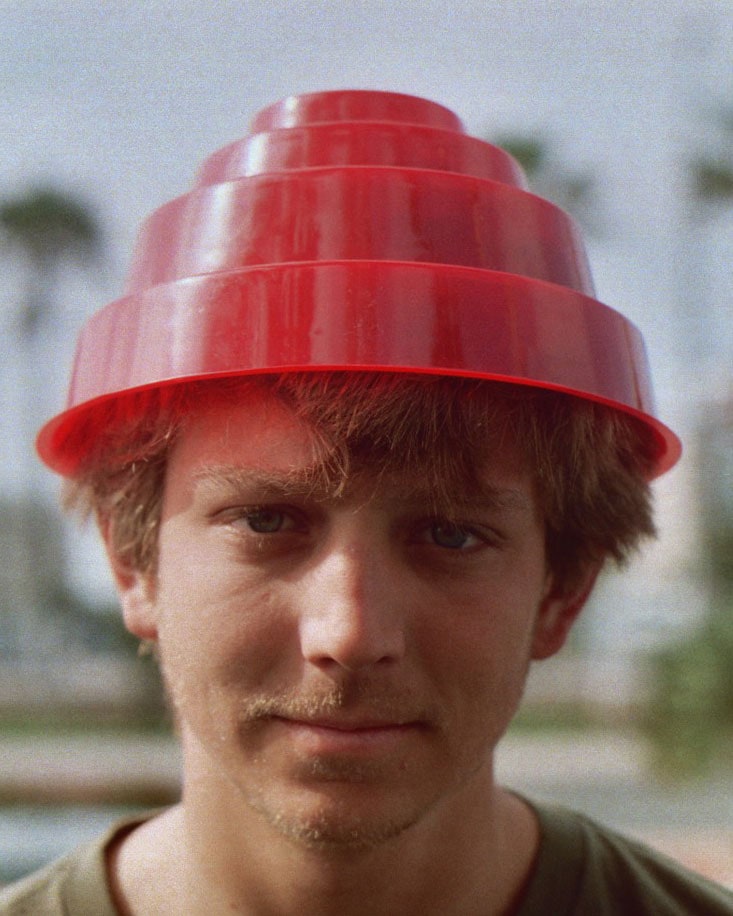 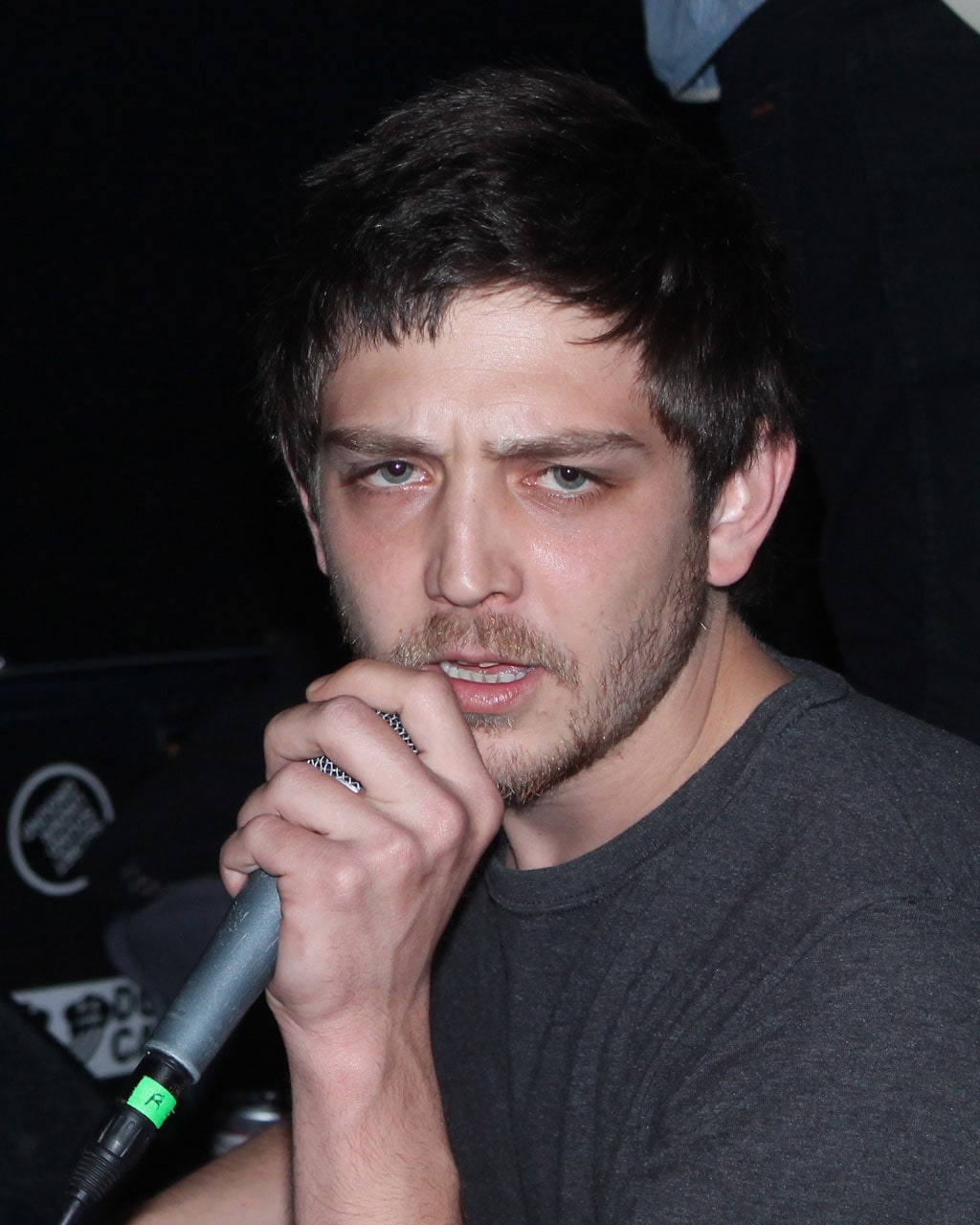 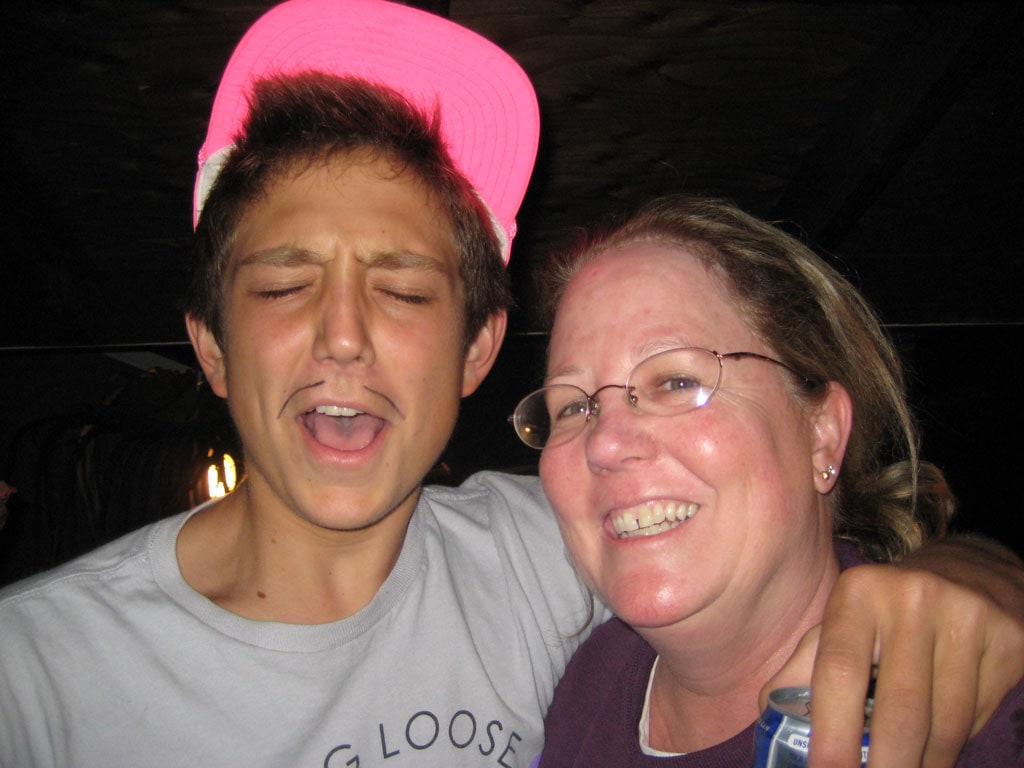 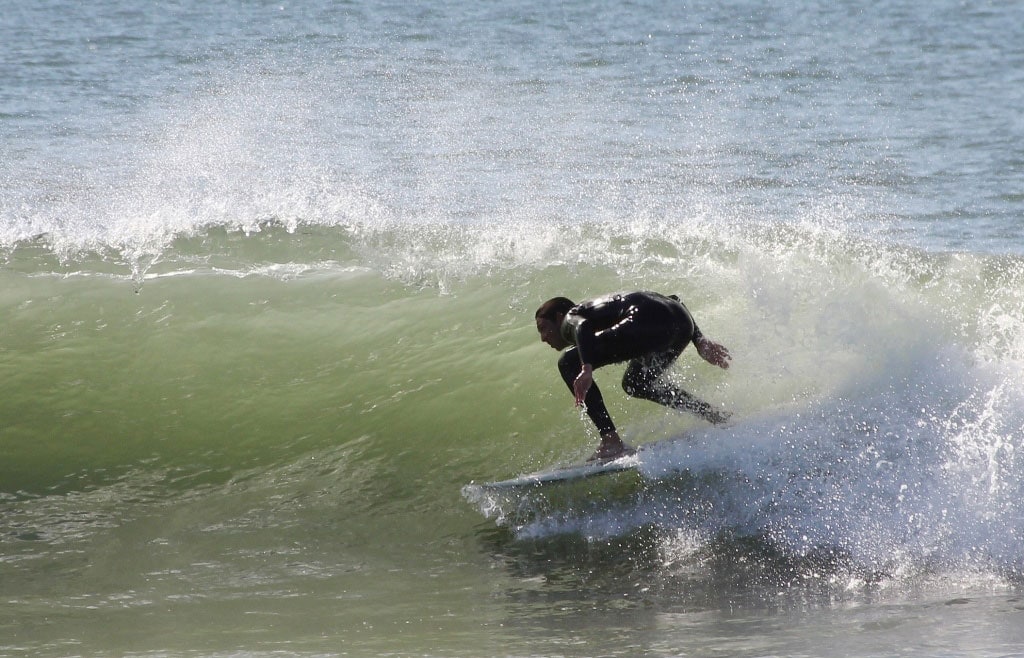 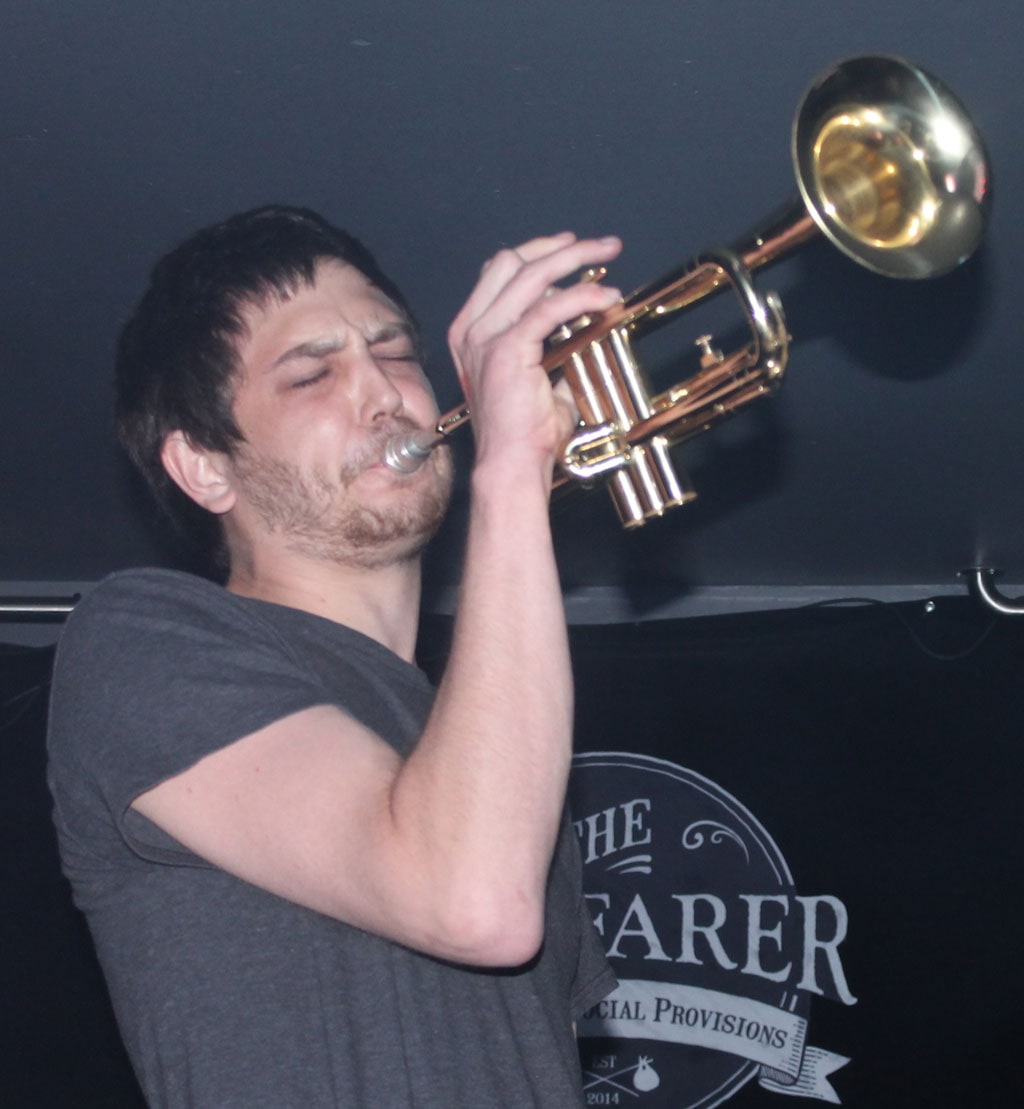 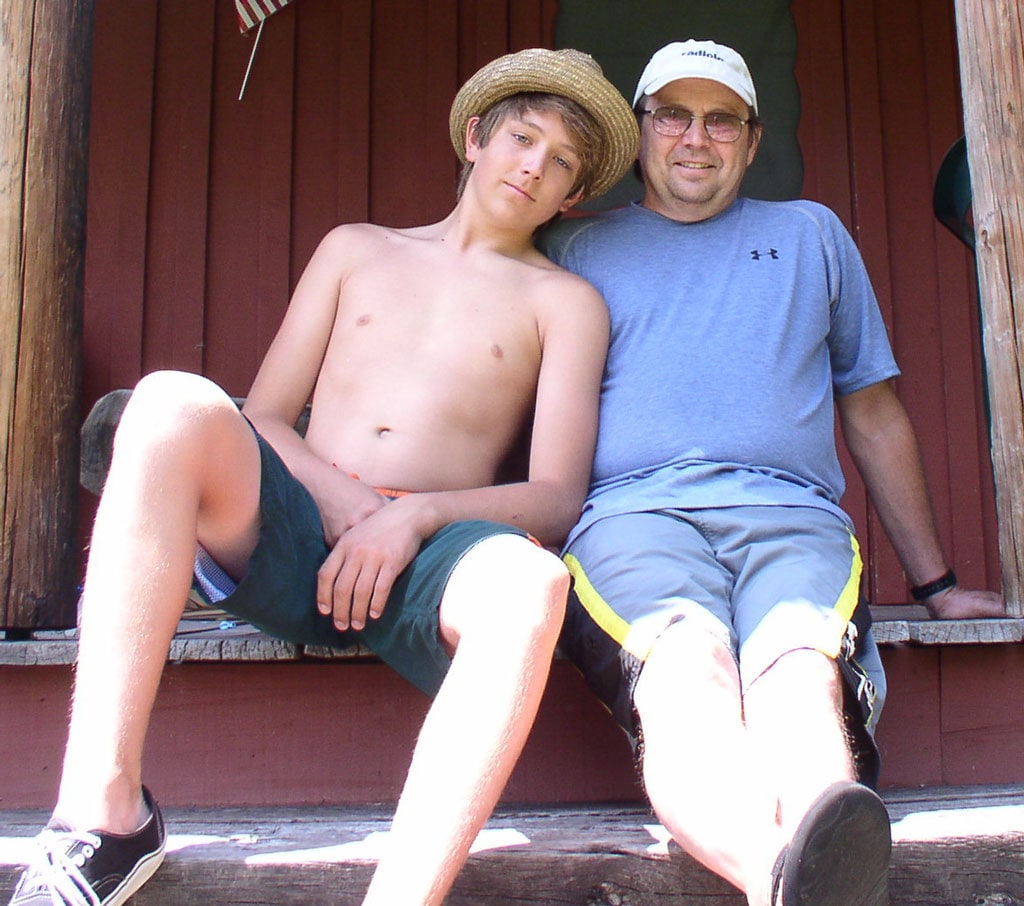 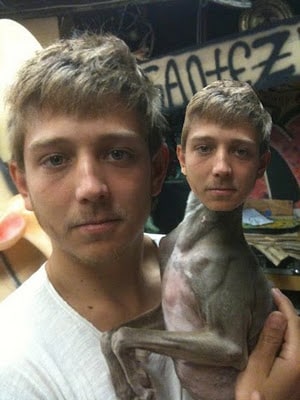 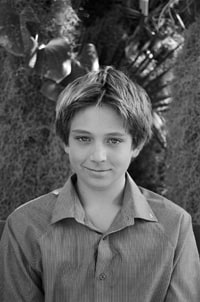 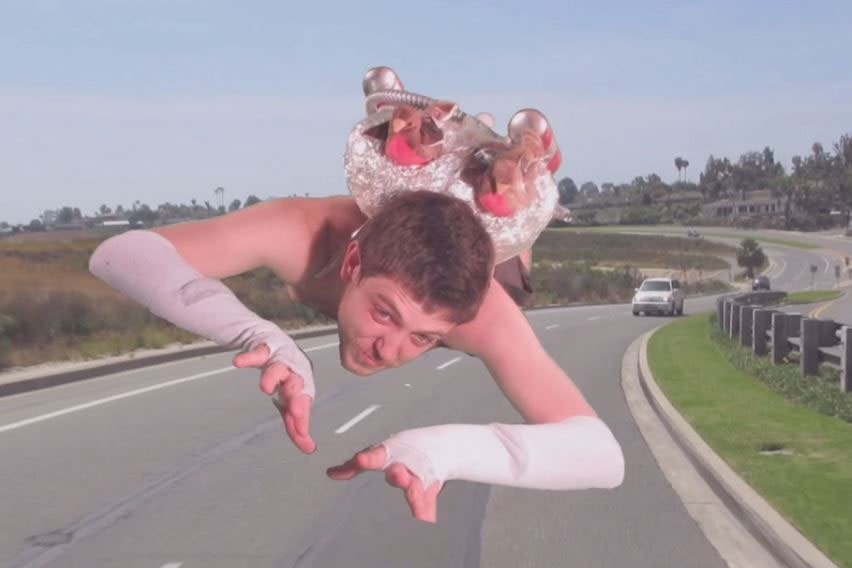 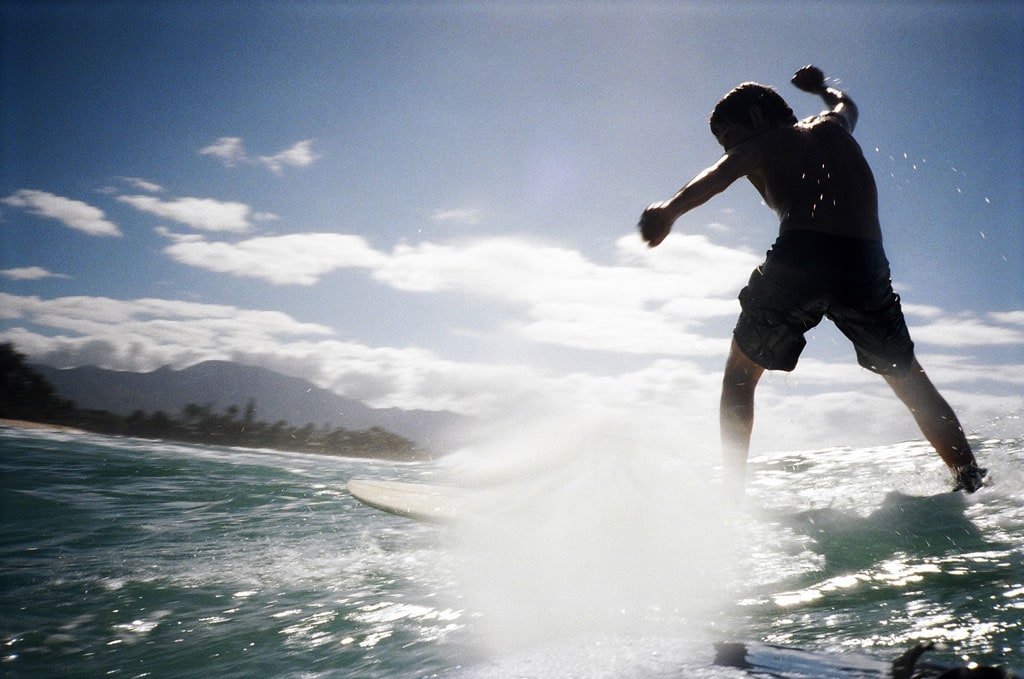 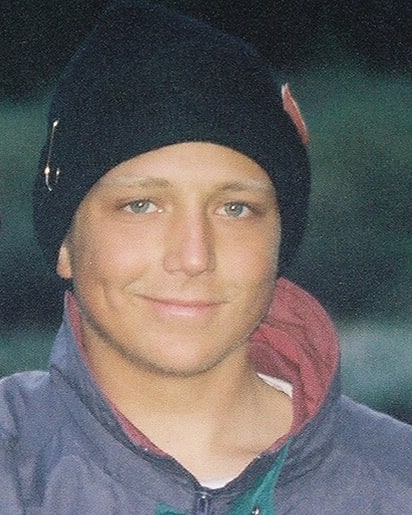 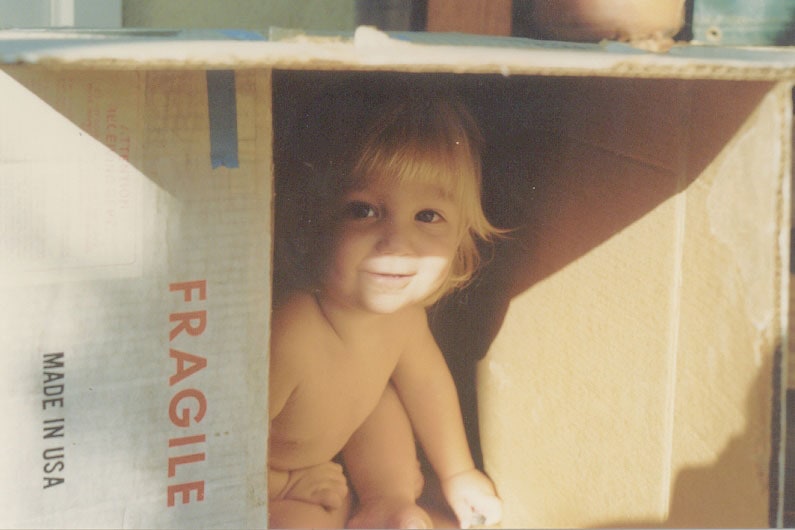