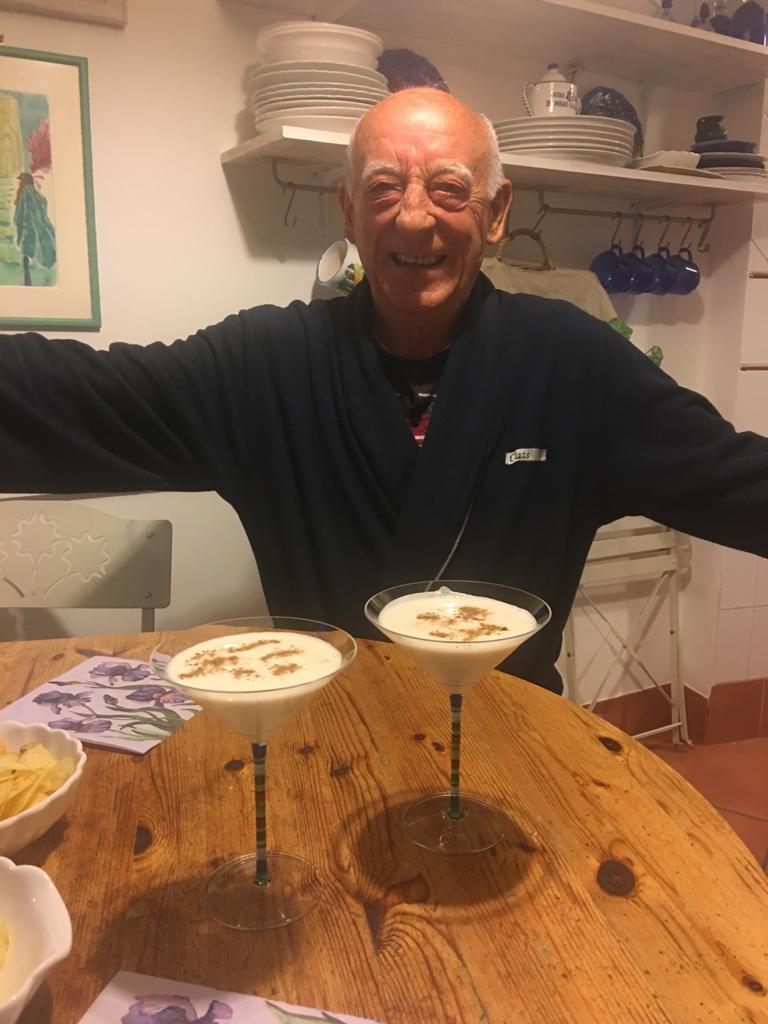 Giuseppe De Matola was a renowned Italian rock’n’roll saxophone player. Born and raised in Napoli, Italia (Naples, Italy), he became enamored of rock’n’roll and chose the saxophone as the best instrument to express this musical genre appropriately. A born musician with a faultless ear, he was able to perform any song after hearing it once. He loved the saxophone because he could evoke the most sensual sounds from it. He toured internationally and was a backup musician for many popular Italian singers of the era, such as Nino Soprano.

He studied physics and mathematics at the Università Federico II, leading him to a technical career with TrenItalia, and later became an independent consultant for satellite communication companies.

He lived his life full-out, making life-long friends who appreciated his intelligence, sense of humor, passionate nature, and kindness. He spent his retirement years cooking — becoming an excellent chef, keeping up with the latest technological developments, studying astrophysics, and cheering for his beloved Neapolitan soccer team the “Azzurri.” The Giuseppe De Matola Scholarship for saxophone students has been established in his honor at San Pietro a Majella, the oldest music conservatory in Europe. Before his passing, he expressed regret that he wouldn’t be able to see the mysteries of the Universe unfold. For this reason, he is on the Enterprise, so he can experience the space voyage he couldn’t imagine in his lifetime.