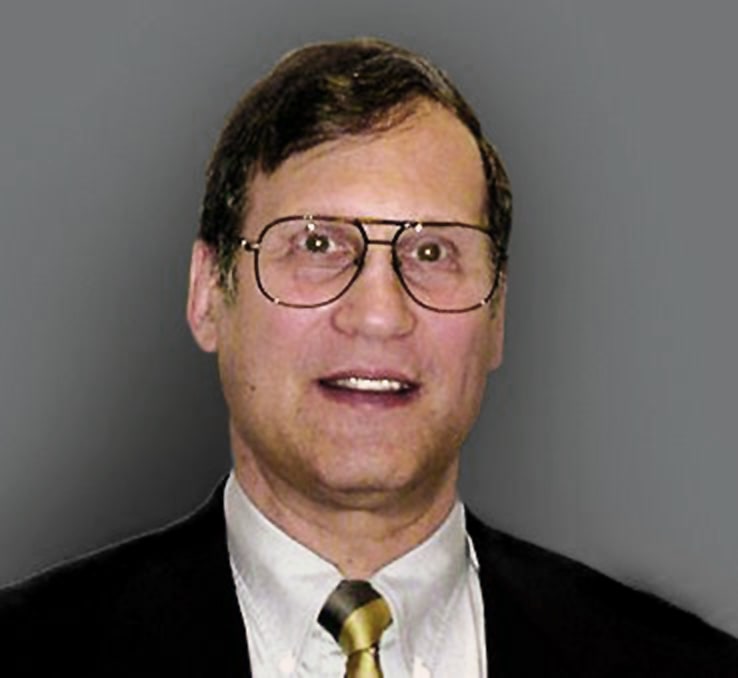 Gerald Wolfson was a voracious reader of science fiction novels. His lifelong wish was to travel to Outer Space. He amassed, and later donated, his collection of 1,700 science fiction books to charity before he retired.

Gerald had a long and distinguished career as a Network Systems Engineer. At the Naval Research Laboratory, he worked on telemetry equipment for communicating with NASA’s Nimbus-B satellite while he was afloat on an iceberg at the North Pole. This technology formed the precursor to modern GPS.

As a Principal Technical Advisor in Network & Communications Engineering at Litton, he was a key contributor to their autonomous vehicle navigation systems, which became central to the driverless car industry. In 2002, he was named a Technical Fellow at Northrop Grumman Information Technology, which had acquired Litton.

As a Systems Architect at General Dynamics, he made key improvements to U.S. military radio communications that enabled for automatic sniper detection and tracking of troop movements.

A natural educator, Gerald loved to pass on the knowledge he had acquired. Friends and colleagues remember him as a man of boundless innovative spirit and enthusiasm. They would often remark, “If you ask Gerry the time, he’ll tell you how the watch works”.

In retirement, Gerald became an avid model train hobbyist. He used his programming skills to make numerous improvements to the layouts at his model train club, the Northern Virginia Model Railroaders, Inc.

Gerald was born in Baltimore, Maryland on October 9, 1942 to the late Isadore Isaac Wolfson and Rosalie Yerman Wolfson. He attended Augusta Military Academy in Fort Defiance, Virginia, and graduated in 1961. He went on to earn a Bachelor degree in Engineering Technology from Capitol Institute of Technology in 1967. Gerald passed away at home on April 8, 2018. He is survived by his wife, Elizabeth McClure Wolfson, his son, Gregory Aaron, daughter, Marisa Wolfson Morales, son-in-law Nicolas Morales, and grandsons, Luke and Anthony Morales.

Oh! I have slipped the surly bonds of earth
And danced the skies on laughter-silvered wings;
Sunward I’ve climbed, and joined the tumbling mirth
Of sun-split clouds – and done a hundred things
You have not dreamed of – wheeled and soared and swung
High in the sunlit silence. Hov’ring there,
I’ve chased the shouting wind along and flung
My eager craft through footless halls of air.
Up, up the long, delirious, burning blue
I’ve topped the wind-swept heights with easy grace,
Where never lark, or even eagle flew;
And, while with silent, lifting mind I’ve trod
The high untrespassed sanctity of space,
Put out my hand, and touched the face of God.