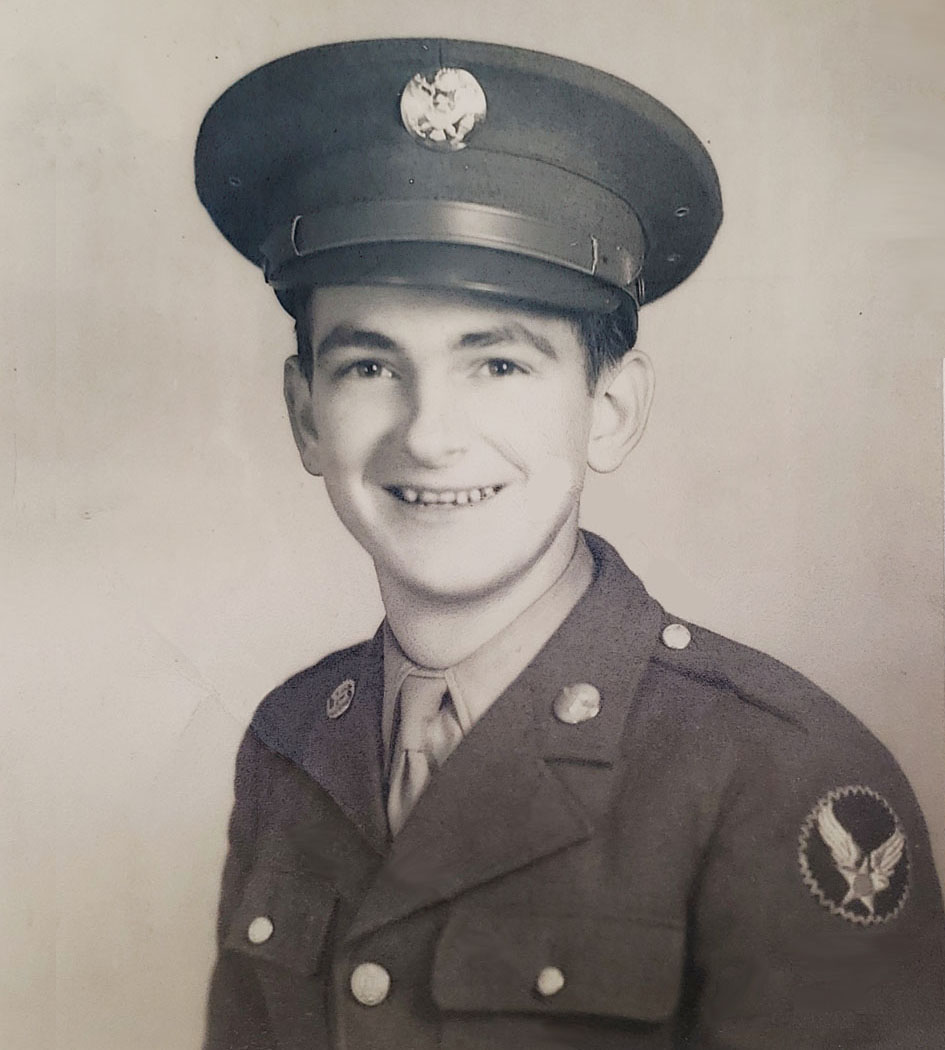 Frank was born in Watervliet, New York, to immigrant parents, one of two brothers amongst 10 sisters. He grew up in Yonkers, New York, and graduated from Roosevelt High School. As WWII raged in Europe, 19-year-old Frank enlisted in the Army Air Force and served with the 85th Repair Squadron 8th AGD in North Africa, repairing the airplane engines that kept the Allies flying. There he received a good conduct medal. Following an honorable discharge after the war, he attended the Missouri School of Mines and Metallurgy (now the Missouri University of Science and Technology) and after graduation landed a job at the newly opened Union Carbide Gaseous Diffusion Plant in Paducah, Kentucky, as a chemical engineer. Frank married his “Kentucky Woman” Lodena in 1954, moved across the Ohio River to Metropolis, Illinois, and became the beloved dad of three girls, Mary, Catherine, and Judith. He was a lifelong member of the Benevolent and Protective Order of the Elks and the Veterans of Foreign Wars of the U.S., serving a term as Exalted Ruler in the former.

Frank was an engineer with a poetic side. He often quoted the Rubaiyat of Omar Khayyam, the “Astronomer-Poet of Persia,” when not busy picking up and dropping off his girls at their various activities and addresses. He was a dedicated and faithful husband who daily visited and fed his ailing wife until her death from complications of Alzheimer’s. When the first color pictures of Earth from space began to appear on magazine covers in the late 1960s, Frank was captivated by the blue orb set in black space. Although he traveled to many of his desired destinations, including Alaska, Norway, Greece, and New Zealand, he always said that the one trip he yearned to take was “to space.” COVID-19 was to bring his 97-year-old physical frame down in 2020, but the Excelsior Flight will enable him to fulfill his last pilgrimage wish. He will no doubt make many friends during his flight, as he always did wherever he went. Bon voyage, Daddy. We’ll be waving.