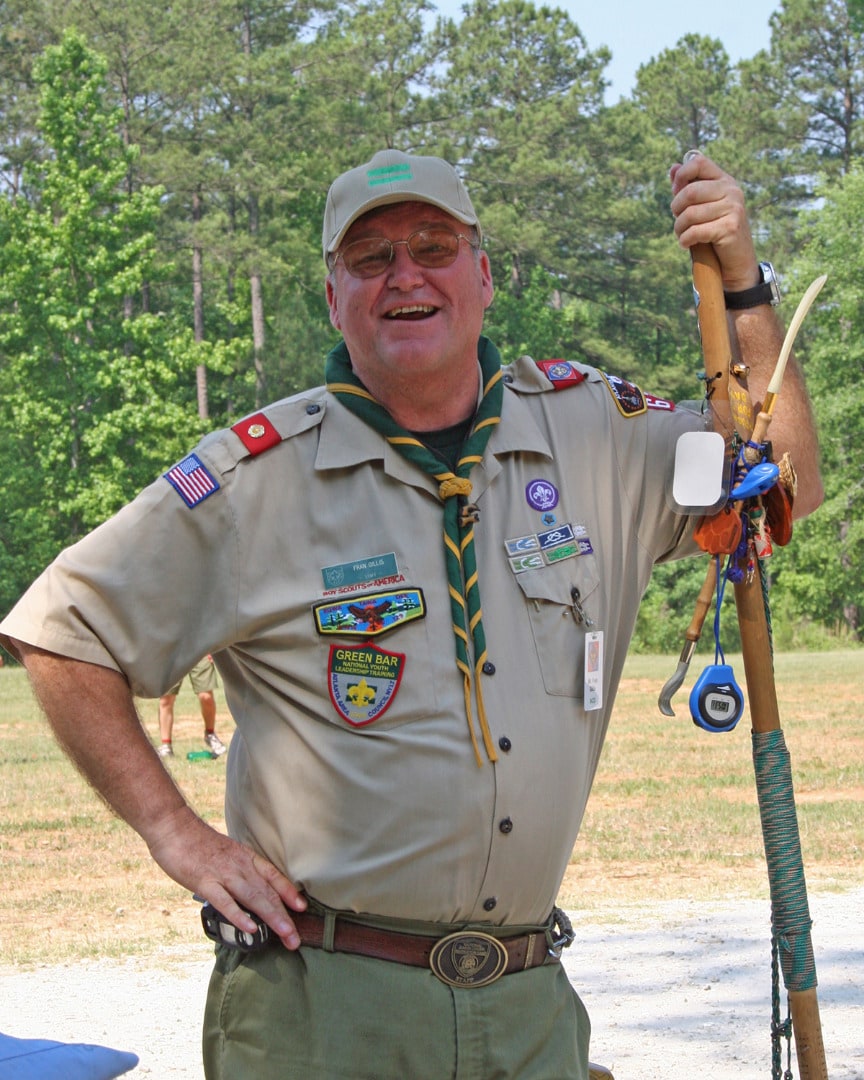 Francis Gillis, age 67, passed away unexpectedly while traveling on July 20, 2018. Francis was born in Woburn, Massachusetts. He was the beloved son of the late Suzanne B. Gillis and the late John A. Gillis, devoted brother to John D. Gillis and wife Sara of Framingham, Roland W. Gillis and wife Donna of Lynnfield, Mark D. Gillis and wife Wenxin of Issaquah, Washington, sister Mary S. Randall and husband Kim of Eagle, Idaho, and sister Jacqueline M. Gillis and husband Marc Zimmerman of Hudson, Massachusetts. Francis was also the beloved uncle to eight nieces and nephews as well as eight great-nieces and nephews. Fran also leaves an extended family of current and former Boy Scout troop members from his life-time commitment to the advancement of scouting wherever his life brought him.

While growing up, he spent every summer at Boy Scout camps, including a self-financed trip to a World Scouts Jamboree. As a student at Woburn High School, Fran was active in the Naval Reserve Officer Training Corps (ROTC) which further advanced his commitment to service and teamwork. This involvement in ROTC and Scouting contributed to his receiving an Army scholarship to Northeastern University where he graduated with a B.S. in Civil Engineering as a Distinguished Military Graduate. Following graduation, he served 22 years in the U.S. Army and retired with the rank of Lt. Colonel. While serving in the army, he completed a M.S. degree in Systems Management.

His commitment to the Boy Scouts throughout his life contributed to his appreciation for the outdoors. Fran was an active member of the Appalachian Mountain club and attained his goal of climbing all the 4,000-ft mountains in New Hampshire. He often said he would rather camp anywhere than stay in a hotel. With his military service sending him to many parts of the world, he developed a love of traveling while maintaining his commitment to scouting internationally. If there wasn't an active troop where he was stationed, he would start one. His involvement included Boy Scout troops in Korea, Germany, Honduras, as well in Kansas, Louisiana, California, and the Washington, D.C. area. After serving in the army, Fran worked for more than 15 years at the Georgia Institute of Technology, retiring as Director of Housing. He continued his commitment to scouting after retiring as well as traveling to new areas and could always be seen with a new science fiction novel in his hand.

His troop in Johns Creek, Georgia, mourned the loss of their scout leader of almost 20 years. Fran was extremely proud of mentoring over a hundred Eagle Scout inductees and encouraging any boy in his troop to embrace what scouting had to offer. In Fran’s own words, “My job as scout master over the years was to add my two cents in keeping the boys focused on their future and their personal potential and to aid them in whatever endeavor they took on. Each and every scout is special in their own way. Of course, they have many other influences along the way from parents, family, school, church and other organizations but I do believe the scouting program is the thread throughout their years that brings out their individual talents and molds them into the special young adults they become.”

A Boy Scout Leadership scholarship fund, the Fran Gillis Memorial Fund, has been established to help current and future scout members experience what he found so rewarding, no matter their financial situation.