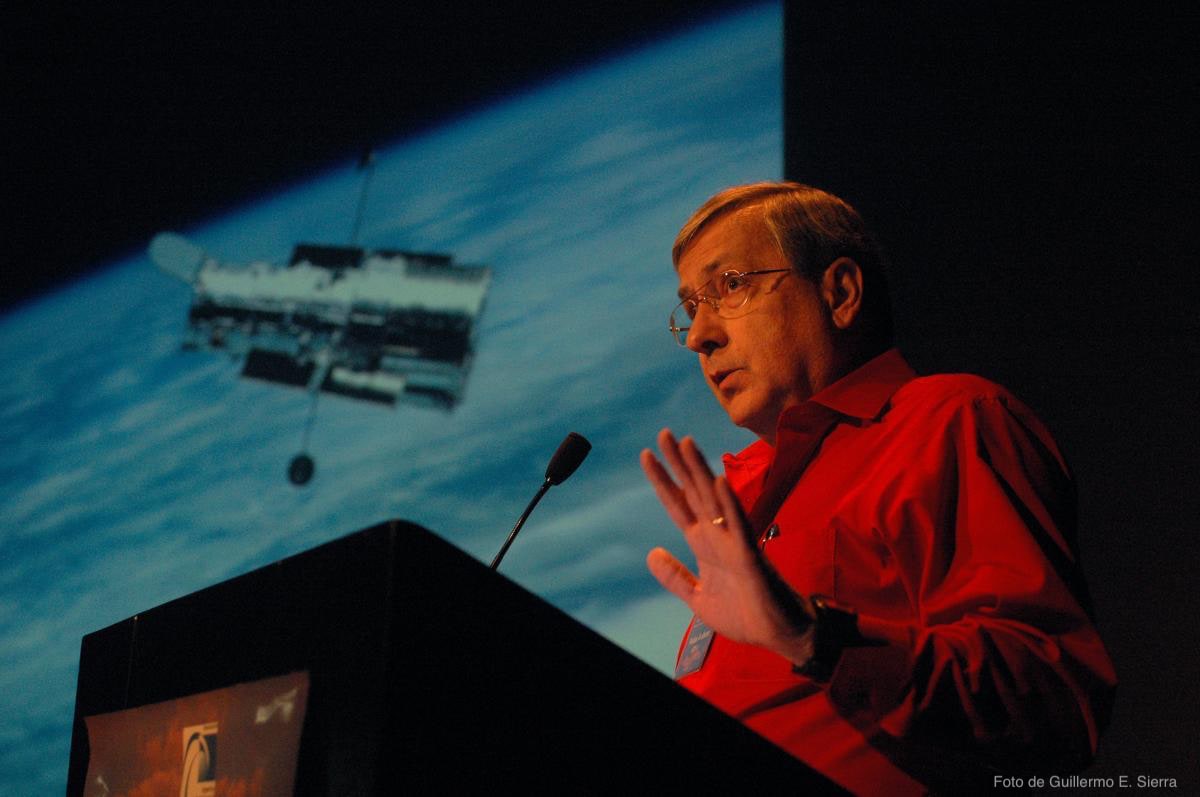 Nolan was born September 30th, 1944, in Bloomsburg, Pennsylvania, to the Rev. George M. Walborn and Evelyn Loretta (Miller) Walborn. In 1953, his father accepted a posting to Argentina with the Lutheran Board of World Missions. While in Argentina, Nolan’s mother (who had been a teacher prior to her marriage) oversaw the elementary education in English of her children via a USA-based correspondence school. Concurrently, the four siblings attended Argentine public schools, resulting in each of them becoming fully bilingual.

Those who know of Nolan’s career trajectory (including seven years at AURA’s Cerro Tololo Observatory in La Serena, Chile) and astonishing body of peer-reviewed papers, will have observed that throughout his career he was eager to collaborate with, and promote the careers of, many colleagues in Spanish-speaking countries. They – as well as lay audiences – were, in turn, delighted by presentations and peer discussions Nolan would conduct in flawless Spanish.

Nolan had a love of classical music (instilled by his parents) and played trumpet in the Gettysburg College Marching Band. His siblings learned posthumously that he also danced a mean “Macarena”, and left a unique legacy in the world of astronomy by imparting that “talent” to others during international conferences.

His contributions to the classification of celestial bodies have been widely recognized; and, among other accolades, he learned before passing away on February 22, 2018, that an asteroid had been named in his honor. Nolan was credited with contributing to the winning application whereby NASA awarded the management and operation of the Hubble Space Telescope to AURA’s Space Telescope Science Institute on the campus of John Hopkins University. In addition to posting a wonderful tribute on the Institute’s website (http://www.stsci.edu/news/announcements/nolan-walborn-a-tribute), his colleagues there hosted a moving memorial to which his family was invited. In the words of the Editor of “The Magellanic Clouds Newsletter,” Nolan’s “wisdom, infinite memory and frank and loyal character will be sorely missed.”

Nolan’s family has chosen the placement of ashes aboard Celestis’ Enterprise mission into Deep Space as a fitting final farewell – one we know would have appealed both to his enduring passion for scientific discovery and to his wry sense of humor.