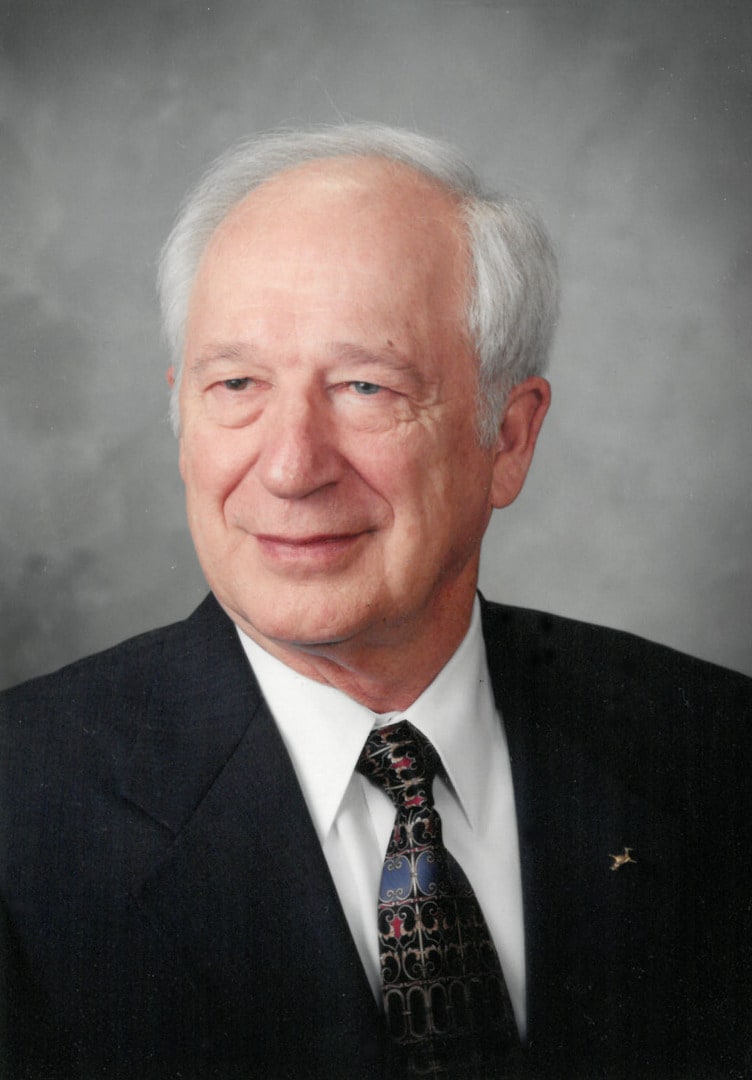 Dr. Gerald M. "Jerry" Gregorek (September 7, 1931-2019) made his last final approach and landing surrounded by family and friends on October 3, 2019. He is survived by his wife M. L. Carol, daughters Jean, Susan (David Schweibinz), and Leighanna (Jake DeRouen). Jerry is survived by his brother, Robert Gregorek, his sister, Michaelene George (Richard), and many devoted nieces and nephews. He was preceded in death by his son, David Michael. “Dr. G" was a student and faculty member of the Department of Aeronautical and Astronautical Engineering at Ohio State University for over 66 years. He was an inspiration to his students as a teacher and innovative researcher of aerodynamics, aircraft flight-test, and airfoil design, and high-speed vehicle design - always motivating and encouraging his beloved students.

Jerry grew up on the east side of Cleveland, the son of proud Polish immigrants Michael C. and Mary Genevieve (Lucas) Gregorek. He distinguished himself early with his technical skills and the quick reflexes of a shortstop on the baseball diamond. He served in the US Air Force during the Korean War as a B-29 flight engineer, then headed to Ohio State to study aeronautical engineering. Dr. G had a long career that includes serving as Chair of the Department of Aeronautical and Astronautical Engineering from 1991 to 1999, Director of the Aeronautical and Astronautical Laboratory, and Director of the OSU Don Scott Airport. Jerry was elected as a Fellow of the American Institute of Aeronautics & Astronautics in 1999, was a member of the Supersonic Wind Tunnel Association, American Society of Engineering Education, International Astronautical Federation (awarded the Melina Medal), Federation Aeronautique International, Ohio Executive of the Year for Industry and Technology, Experimental Aircraft Association, and received many national and international recognitions from these and other professional societies. The Department of Mechanical and Aerospace Engineering established the Gerald M. Gregorek Excellence in Teaching Award in his honor.

Jerry had a lifelong passion for education and his talent as a model airplane builder was transformed into model rocket building, education, and competition. During his son David's lengthy illness in the 1960's Jerry used his model building talent to engage Dave in a less strenuous competitive sport – spacemodelling. Dr. Gregorek started with spacemodelling in the very early days of the sport and he is considered one of the pioneers in the US and world.

Jerry became the advisor to the newly formed Columbus Society for the Advancement of Rocketry. He competed in the USA Space Modeling Team to the world championships. His educational efforts on behalf of the sport were known to professional colleagues and model rocketeers throughout the world. Jerry organized the first USSR space modeling competition and worked in Yugoslavia, Czechoslovakia, Bulgaria, and Poland. Jerry represented the United States in international competitions as a member of the USA Space Modeling Team and served as a contest official for many national and world rocketry championships.

A life-long Ohio State football fan, he enthusiastically enjoyed his bird's eye view of the Buckeyes up on the 50 yd. line of C Deck for five decades. Jerry often said that he ricocheted through life, bouncing from one opportunity and adventure to the next. He will be dearly missed by the family, friends, students, and colleagues who shared his path through life.

Jerry's sense of humor, wry wit, passion for life, devotion and love for his children and wife are not to be diminished by his professional accomplishments. He excelled at all he did and touched. We were blessed to share his love and his life.

Cremains will be launched into orbit as a tribute to his aerospace accomplishments. May he rest in peace in the blue skies.

The family requests in lieu of flowers that donations be made to the Gerald M. Gregorek Scholarship Endowed Fund at:  Gregorek Aerospace Scholarship #642755 at The Ohio State University Foundation, 1480 W. Lane Ave., Columbus, OH 43221 or online at  https://www.giveto.osu.edu/