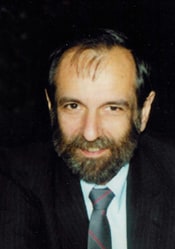 Having shed your earthly bonds,
Your spirit soars free.

Without cares and limitations,
Forever, you now can see.

We cheer your safe passage
To whatever next will be,

Our hopes and dreams, our fond memories,
Follow you eternally.

"First of all, don't sweat the small stuff.
Second, it's all small stuff…"

Doug was born in Springfield, Massachusetts on November 25, 1946 to Rose Shibley, a first generation Lebanese-American, and Fred Mattoon, whose ancestors settled in Deerfield, Massachusetts in the late 17th century. Doug was very proud of his heritage.

After graduating from Agawam High School and Ward's Technical Institute at the University of Hartford, Connecticut, Doug entered the field of electronics. This interest led him to the aerospace industry, where he worked on the design of many components until his retirement from Simmonds Precision in Vermont. This included work on the B-15 and the Space Shuttle, along with many other government and NASA contracts.

Doug met and married his wife of 32 years, Marcia MacDonald, at the University of Massachusetts. They lived most of their life together in Vermont, where they raised their two children, Rob and Laura, and where their two grandchildren, Delilah and Zeke, still reside. Some of Doug's favorite memories included his '65 Riviera, hunting in the Vermont Mountains, camping and fishing on his boat on Lake Champlain with Rob and Laura, and the Angus steers he raised from calves. In 1999, 11 years after being diagnosed with chronic progressive Multiple Sclerosis, Doug fulfilled a lifelong dream when he and Marcia moved to Las Vegas, where he spent his last year on earth doing everything he wanted to do!

Doug's hobbies included gaming, a great interest in antiques, and love of space exploration. He was a big "Star Trek" fan. He believed that space really is the new frontier, and delighted in the prospect that one day space travel will be as ordinary as air travel today. Doug always looked at the glass as half-full, not half-empty. We will miss his laughter.

Doug made the choice to join a Celestis expedition just a few weeks before his death on February 9, 2000. It is a fitting tribute to the spirit of the man we will remember as husband, father, grandfather, nephew, cousin, and friend. Fly free on the wings of eagles.

Memories of our father:

I remember chasing birds when I was little, trying to sprinkle salt on their tails, because Dad told me if I could do that, I could catch one! I remember digging potatoes in the garden, where he told me if I dug deep enough, I could reach China.

I spent a lot of time with my Dad, especially after he was diagnosed with MS. I remember walks in the evening when we'd talk about my dreams for life, and long drives in the country to his favorite places, where he'd happily reminisce about his own experiences. I remember the twinkle in his eye whenever he was happy, or excited, or mischievously putting one over on me! But most of all, I remember the things he taught me about life, like not to sweat the small stuff, and putting an emphasis on personal relationships, and to do anything I wanted, but to do it well.

This is a perfect tribute to his memory, to allow him to travel above and beyond a world that kept him from seeing and doing so many things in his last years. Body, mind, and spirit Dad, I hope you have a wonderful journey.

My father always taught me to give everything I did my best try. He encouraged and supported me throughout my life. He taught me to respect wildlife and the earth, and how to hunt and fish, and to garden, and to raise animals. All of these were an integral part of who he was, and he taught me the virtues of hard work and patience along the way. I will miss his sound advice and gentle encouragement. Thank you, Dad.