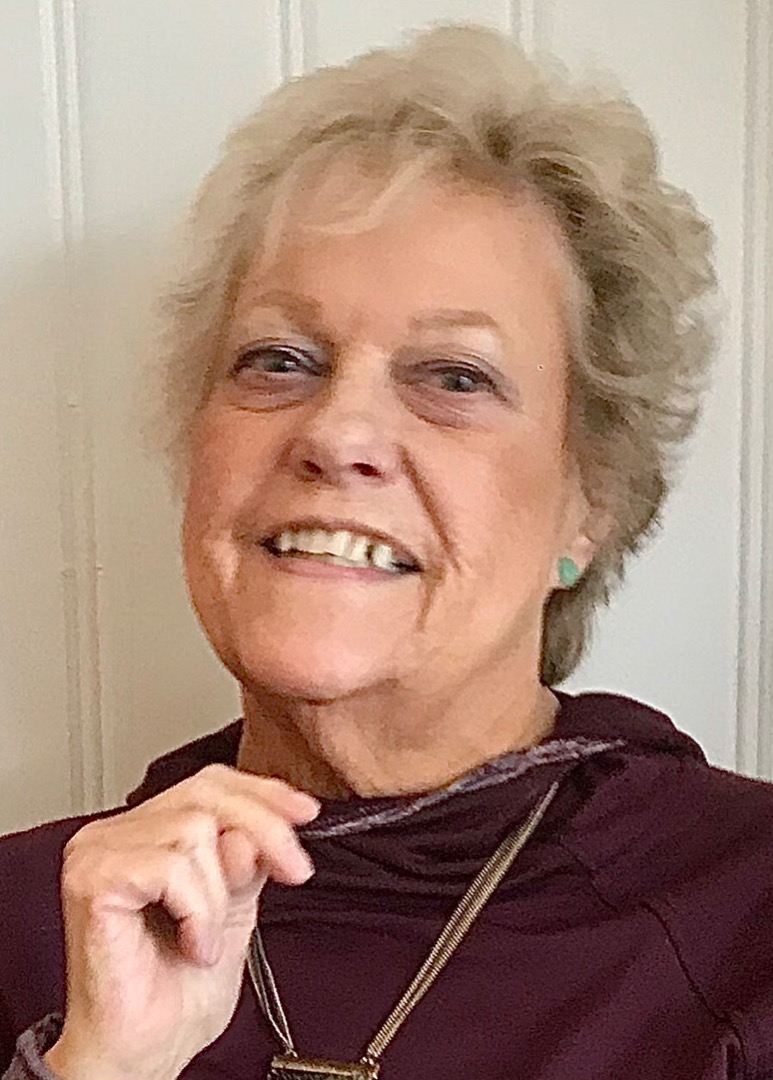 "When I come to the end of the road
And the sun has set for me
I want no rites in a gloom filled room
Why cry for a soul set free?"
- Christina Rossetti

Donna was born at a unique turning point in history. It was the closing days of the second world war, and her Uncle Bob received a Western Union telegram aboard ship while serving in the Navy: "Arrived this morning with fathers features and mothers fixtures... Donna Lynn Mahlberg". Her father, Roy, would reminisce in his memoirs about how he and his wife Lillian struggled to put food on the table during that time, with gas rationing to only three gallons per week for going out to get groceries. Yet he still recalled Donna's birth by writing "in 1945, Donna was born and we enjoyed our first beautiful daughter."

An only child her first few years of life, Donna paved the way for her parents to figure out how to navigate raising three daughters while the family moved from place to place, following her father's career during numerous relocations by his employer. By the time her sisters Patty and Karin were born, they were traveling as a family far and wide across the USA, Canada, with extended family visits to Chicago and Europe. "We bonded in the back seat of Dad's Buick or on a ship coming home from France," recalled Patty. "We were quite a pair making up stories and songs to pass the time... I got to reap the benefits of following a strong, talented, independent big sister."

During her school years, Donna immersed herself in the arts, whether it was taking up the clarinet in the school band, or tickling the ivories on the family's Story and Clark piano. One of her most well-practiced piano pieces in later years would be the love serenade from the movie, "West Side Story." However, her most honed abilities came from the visual arts, majoring in Fine Arts at Ohio Wesleyan University in Delaware, Ohio. While in high school, her sister Patty saved her allowance one year to fly out and visit Donna in Los Angeles where she was attending art school at the ArtCenter College of Design. "Donna’s strengths came from her unbelievably creative, artistic talents leading her to a successful career in advertising," Patty remembered. Indeed, as Donna's professional life took off, it took her on a journey past college and to the Detroit Metropolitan Area.

Her first art job was as a keyliner and layout artist at Munroe Paper Company. In 1967, she joined Robert Solomon & Associates in Bloomfield Hills, Michigan before meeting her future husband, Herbert Crooker over a weekend of boating along the Detroit riverfront. The two fell deeply in love, and married in 1968 in Lake Forest, Illinois. In the early 1970s, Donna gave birth to their two children, Amanda and Keith, and for the next seven years, raised them in Taylor, Michigan as a stay-at-home mom while Herb became a supervisor at the local Ford Foundry plant south of Detroit. During that time, the family enjoyed summers at Boblo Island Amusement Park, while Donna and Herb still enjoyed the occasional evening out with friends and neighbors, sometimes even tearing up the dance floor at The Roostertail lounge.

Towards the end of the 1970s, Donna chose to continue her art career with Rossi & Company in downtown Detroit, while her kids went off to Montessori elementary school. While her life changed dramatically with Herb's passing in 1979, Donna remained a committed mother while excelling in her career by becoming an art and production director for several Detroit area advertising agencies, including Leo J. Brennan Communications and Denham & Company, both of Troy, Michigan. As the 1980s wore on, Donna remained active in her kids' lives, becoming involved in youth soccer; first as a coach, and later as the head referee of the Birmingham-Bloomfield Soccer Club, coordinating local volunteer referees for the non-profit organization. By 1990, both Amanda and Keith had graduated high school and moved on into their own respective careers, offering Donna a new opportunity to become her own boss by establishing her own graphic arts company, Blue Chip Graphics, Ltd.

During the pre-internet days of personal computing, Donna learned to transfer her ink-and-paper artistic skills into the digital domain long before mainstream advertising ever heard of a computer mouse or an Apple Macintosh. She was one of the first digital artists to professionally master many of the graphics arts programs that have now become commonplace throughout the computing world, including titles such as Adobe Photoshop, QuarkXPress, and Canvas GFX. For much of the 1990s, Blue Chip Graphics became that small "one stop shop" for a number of metro Detroit area customer service corporations, who relied upon her company for quick, direct-to-print advertising talent for fliers, pamphlets, newsletters, and magazine ads. Through this endeavor, Donna found her way into the newspaper business by becoming a free-lance production artist for the Detroit Metro Times, as well as C&G Newspapers in Warren, Michigan.

In the 2000's, Donna began shifting her personal time more towards spending it with her parents. In 2004, she chose to pack up Blue Chip Graphics and move south to Brunswick, Georgia to be closer to mother and father. However, she did not slow down her art career, and in fact, found her place in the graphics arts industry of Southeast Georgia shortly after her relocation there. Starting as a media co-ordinator at Golden Isles Reality on St. Simons Island, Donna transitioned to senior graphics artist for the Brunswick News in 2006, working there until her retirement in 2015. Settling into the "island life" in coastal Georgia, Donna found that she enjoyed the holidays more in the south, now free of the cold and snow of Michigan. She attended annual Christmas parties where she and her friends would exchange small gifts during a "yankee exchange" with other former "northerners", which brought on much fun and laughter.

Despite her retirement, Donna continued to find ways to contribute to the local art community. "I was Director of the Glynn Art Association when she walked in asking about classes," recalls friend Pat Weaver. "She and I immediately hit it off since we were both originally from Michigan, and even lived in the same area…. We tried to meet monthly at our favorite place in Brunswick where we shared a pineapple pizza." Through volunteer organizations, Donna gained several new friends in Georgia, meeting them regularly for lunch and TGIF dinners in St. Simons village, brainstorming about fund-raising ideas, as well as helping them set up for art festivals in the park. "Donna always encouraged and supported me in my woodturning endeavor," remembers friend Karen Grogan. "When I had a new design or concept, I ran it by her to get her input. She was very helpful and did not hesitate to give me suggestions." Donna was very creative in her advertising for The Island Players community theater and The Coastal Symphony of Georgia. "I remember the last event we attended for the symphony that she called 'Sound Bites'," Pat recollected. "It was a small venue at a local establishment that sold out at every event!"

Donna did not limit herself in her retirement years. An avid reader, she enjoyed volunteering for the Marshes of Glynn Libraries, with some of her favorite contemporary authors being Clive Cussler and James Patterson, as well as being a life-long fan of J. R. R. Tolkien. Additionally, she was a strong proponent for animal welfare. While pets played a significant role throughout her life, she felt it important to help all the animals whom she couldn't invite into her home. While a supporter of the Humane Society of the United States, Donna later focused on more community-based efforts by supporting the Humane Society of South Coastal Georgia as a Big Flea Quality Resale Store volunteer, helping "The Flea" raise funds to support the local animal shelter through facilitating sales of donated merchandise.

Despite health setbacks later in life, Donna continued to travel with friends and family. "Our friendship continued and grew when her children gave her a trip to the Renaissance Festival in Gainesville, Florida," Karen Grogan recalled. "We discovered we traveled well together and that trip started a ritual.... Our trips included destinations (such as) St. Augustine, Florida; Charleston, South Carolina; Cape Coral, Florida; Atlanta, Georgia; Destin, Florida; Savannah, Georgia; and Nashville, Tennessee. We enjoyed sightseeing, visiting museums and shopping in all of those places." Some of the last places she was able to visit include her sister's wine country ranch in Healdsburg, California, as well as the Las Vegas Strip and surrounding attractions in Las Vegas, Nevada.

In her final years, Donna remained proud of her two children who found service in law enforcement and the military, both becoming general aviation pilots and accomplished academicians. She would regularly send e-mails to both of them just to say how proud and grateful she was for their service to our country. "Happy Veterans Day to my two favorite vets!" she would often write during the annual holiday. "I'm proud to be your mom!" One of her final wishes was to have them near her during her final hours, and so they were, with her last wish soon to be fulfilled of sending her ashes into space so that she may take her place among the stars.

Donna's place in this world is not set so much by her passing, as it is by the love she invokes in the friends, family, and acquaintances she leaves behind. The following is a sample of this love, and represents the merest fraction of how much she will be missed:

"Donna was a great Big Sister, and I'll always treasure the times we had together."
- Karin Mills

"I will miss my friend with her with creative spirit and she leaves an empty space when we have our next gathering."
- Pat Weaver

"I miss her in ways that can't be described in words."
- Karen Grogan

"Donna...may your flight around this beautiful planet be your kiss goodbye to us all. Rest In Peace. Always loving you."
- Patty Bertapelle 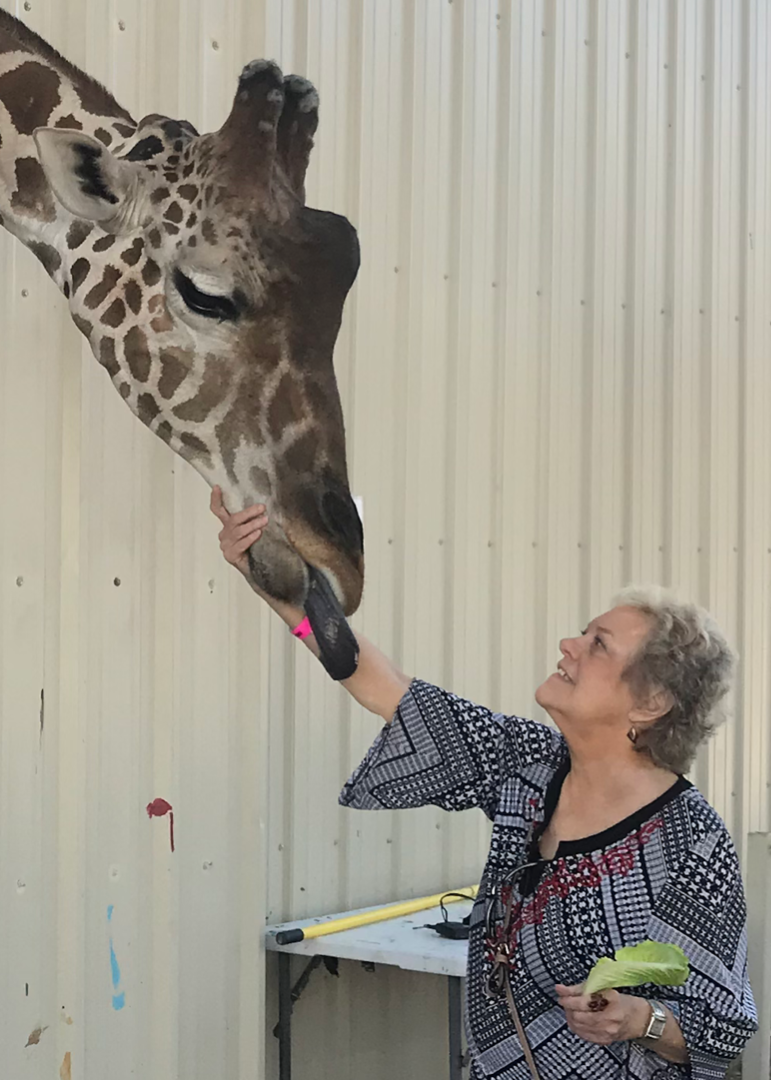 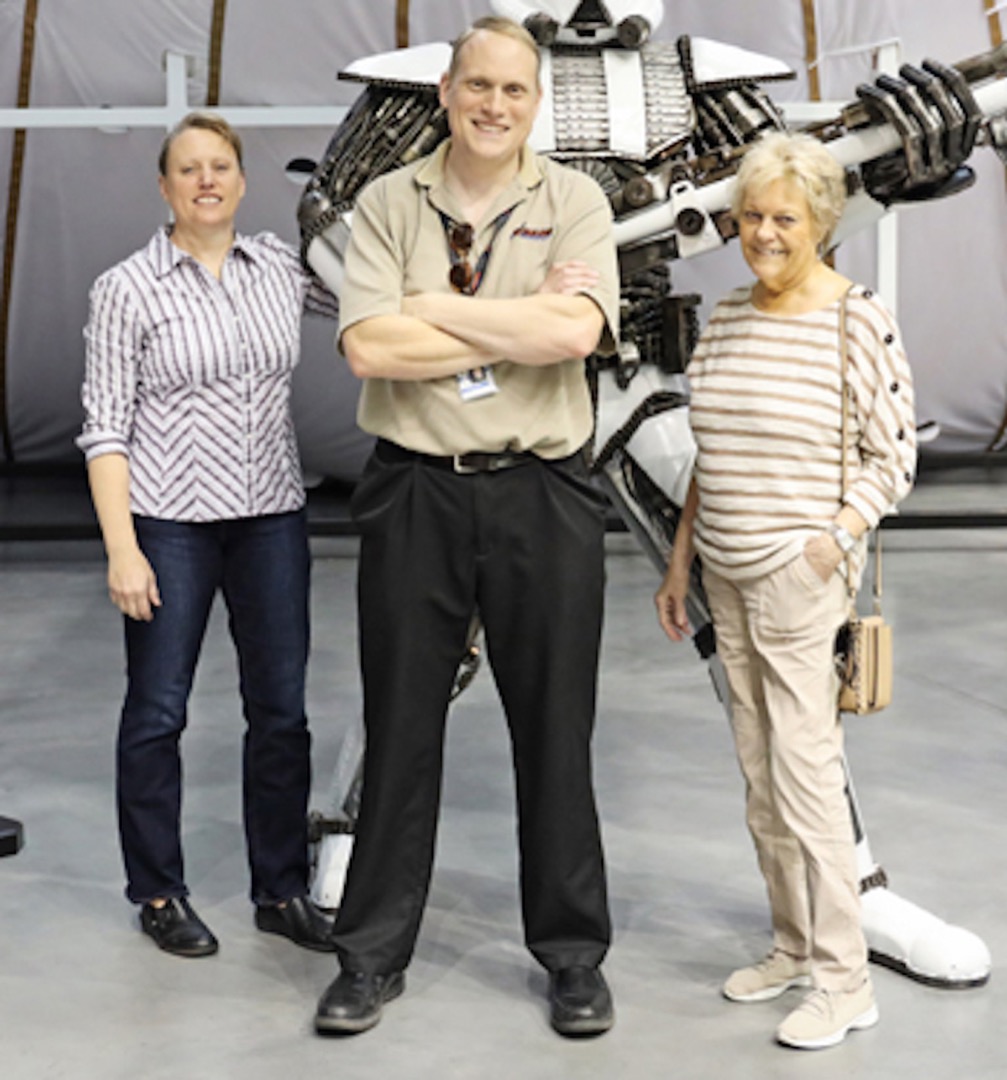 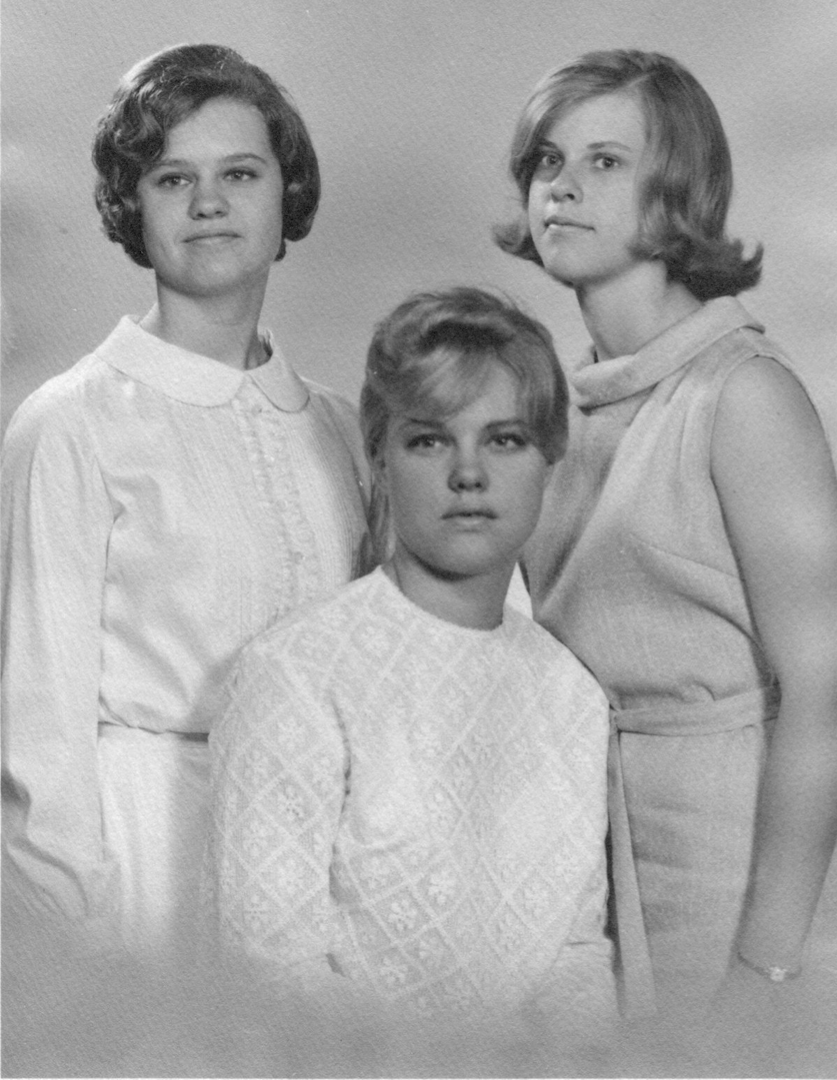 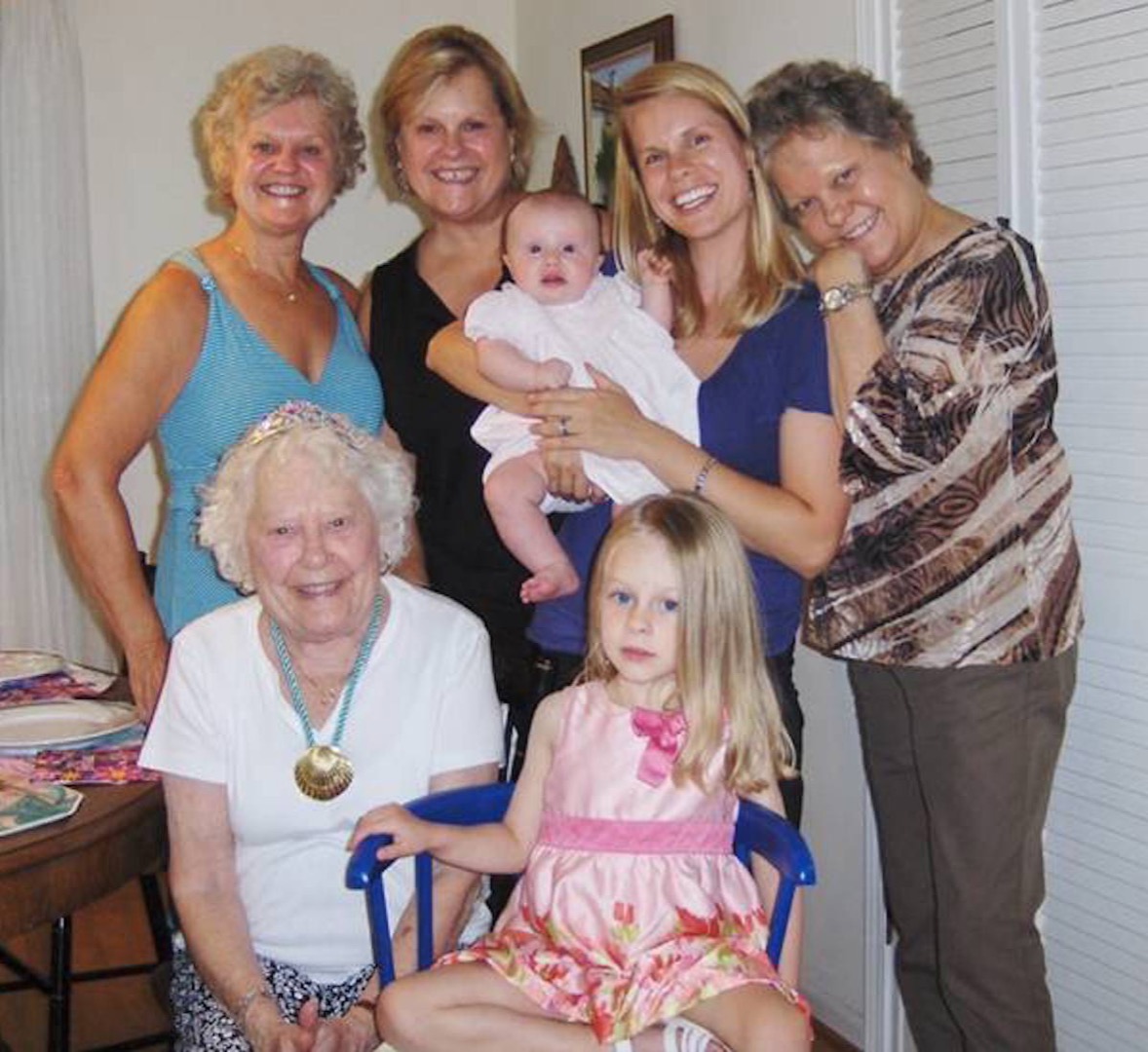 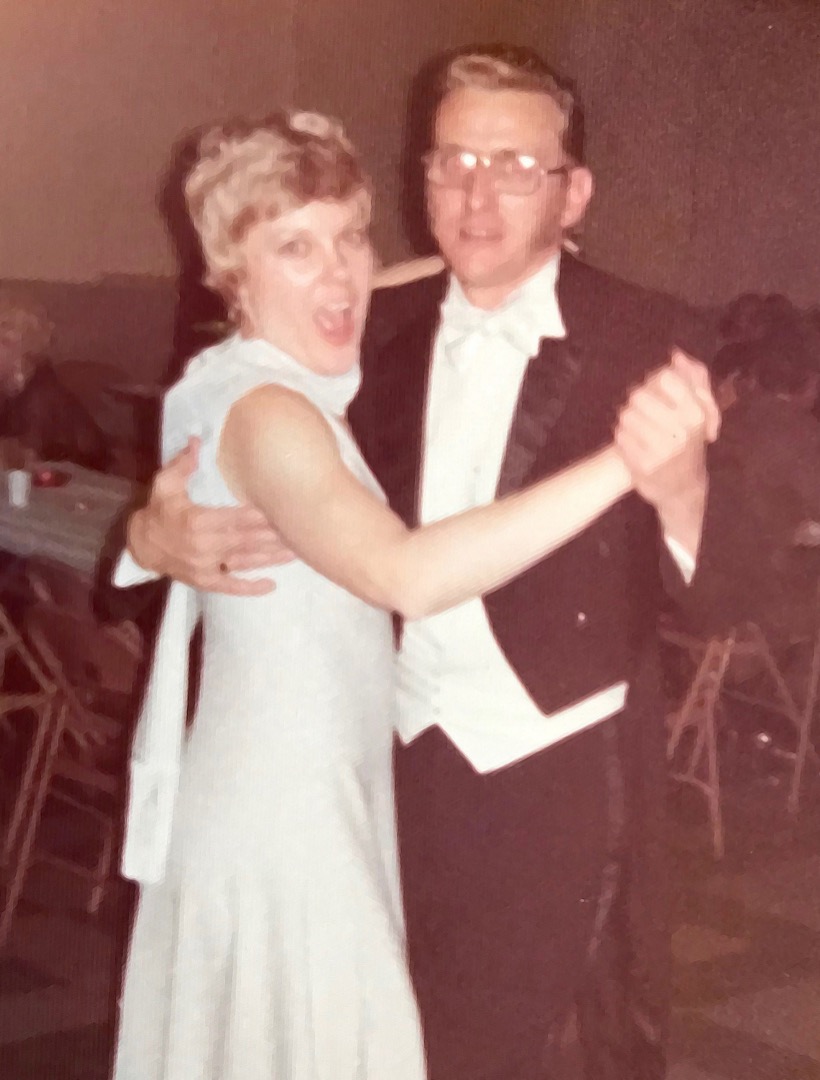 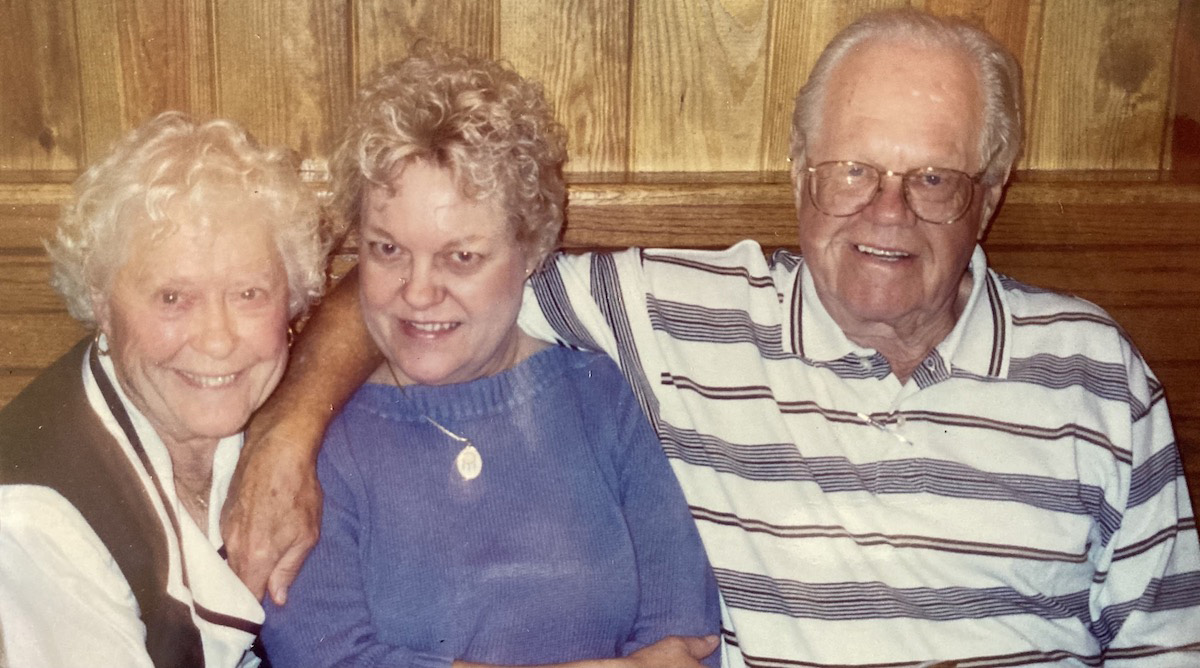 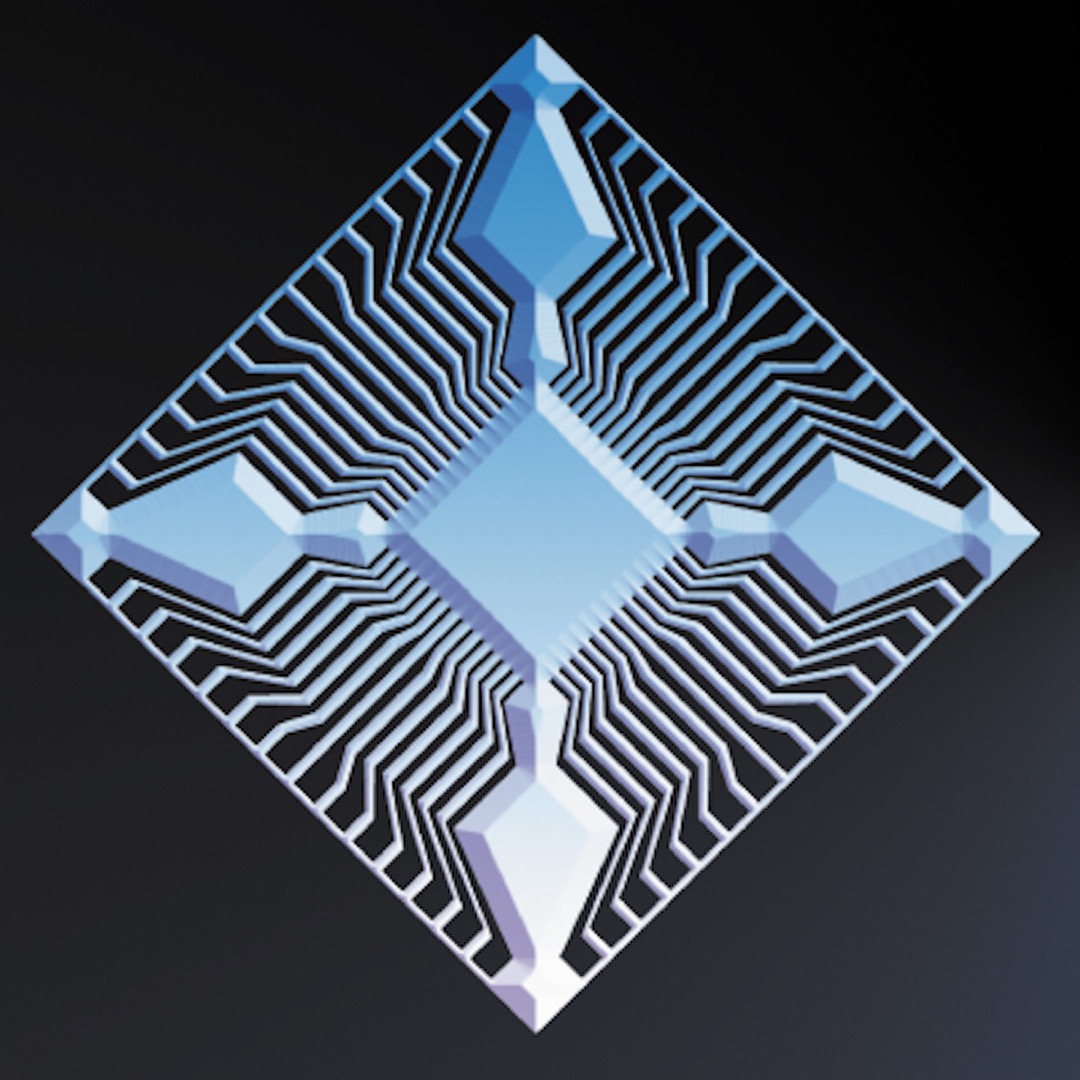