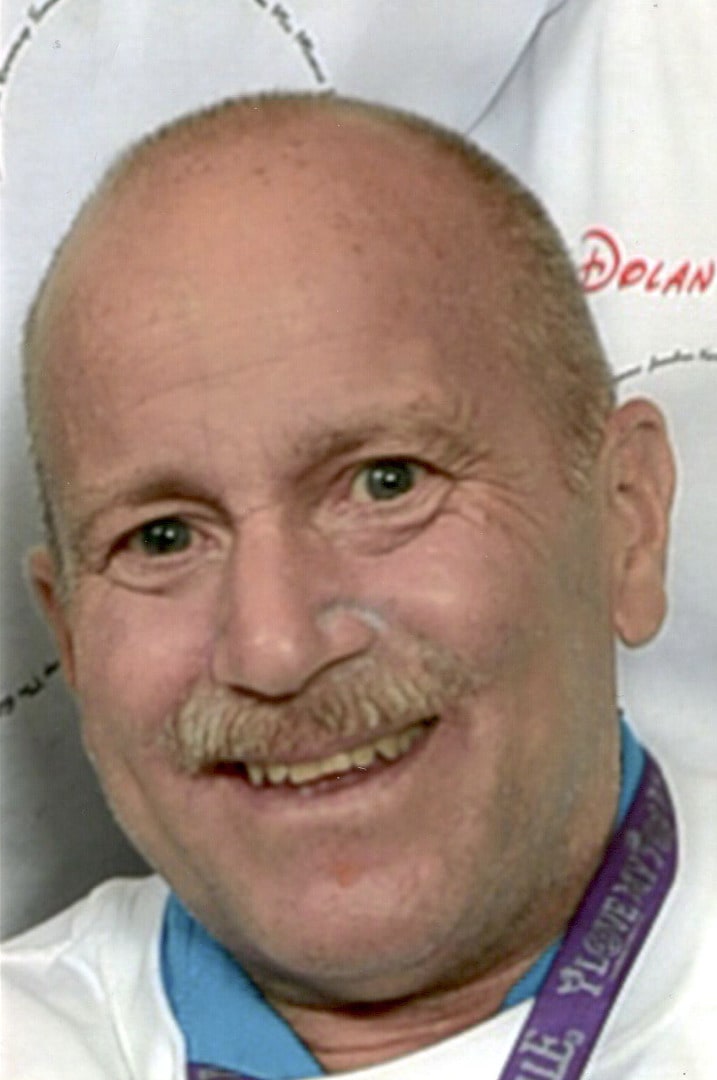 They loved him for his infectious smile, caring heart, laughter, outlook, and incredible perseverance.

You could not ask for a better son, brother, uncle, nephew, cousin, and friend than Donald.

Throughout the years, we all sought out and cherished our time with him. As we look back at the different phases of a life well lived, we can commemorate all the good he has helped grow inside us all.

On September 4th, 1960, Richard and Lori received a blessing, a baby boy named in honor of Richard’s brother Donald. Don was also the baby of the family, and literally got the “short” end of the stick growing to only a whopping 5’3”. This hugely powerful combination of short stature and youngest of the family led him to naturally stand out in the most engaging and endearing ways. With the innate ability to bring a smile to just about anybody, he was the kid everyone liked to have around and had to have around. And Donald did not discriminate; no matter your personality, you were his friend! And once you’re his friend, you’re a friend for life.

When Don was in junior high, staying at a friend’s house, his friend’s St. Bernard, that was so big it towered over Donald, playfully took a swipe at him. He was left with a scar that ran from his nose to his lip. In true Donald fashion, he only saw the positive from this and grew a mustache that would end up being his iconic look. You could see from this early on the beginnings of how a smile and perseverance in the face of an adverse situation was molding his persona.

The challenges did not stop there. In high school, Donald began to have trouble running. The diagnosis came back, a rare genetic disorder called Ankylosing Spondylitis was the result. This disorder results in inflammation of ligaments and muscles where they attach to your bones. Eventually it leads to the bones fusing together. Now if this sounds painful it is but much worse. It is continuous and well beyond the threshold of pain most of us could be expected to sustain. This is what Don was handed.

He was put on a pain management routine that was complete with medication and crutches for over two years. Imagine not only being on crutches for this long, but throughout high school as well. But you never heard Don complain, except when he couldn’t front flip off the furniture anymore (much to Lori’s pleasure). He just got really good at keeping up with everyone, he made it a part of who he was. Technology caught up in the 80’s; Donald received the first of two hip replacements and was able to ditch the crutches.

Having experienced more adversity in his childhood than most people do their entire lives, Donald was able to develop and master personal traits that would bring enjoyment and inspiration to all no matter the circumstance. He adopted a carefree and nothing to lose approach to all he attempted. He learned to appreciate the many things in life that were dynamic and fun; his favorites included vacationing, fast cars, flying (he tried to learn). He loved keeping up with the latest technology. He always had to have the best cars, boats, and snow mobiles. All of his belongings were tricked out, from his high-tech scooter to his heated toilet seat. His house could basically think for itself, and was complete with automated doors, surveillance systems, and pool … Boy it was fun.

Life was good during those years; Don was just like any other guy and you would never know the challenges he had been through. He attended Icebreaker celebrations in Lake Geneva every year, vacationed in and out of the country, stayed a loyal Cubs fan (hard at times), and was a proud supporter of Jimmy Buffet and the Margaritaville lifestyle. Don was also always surrounded by the best looking girls, and was a total chick magnet. To this day I still don’t know how he managed them all, but always one at a time of course.

Don’s infectious personality carried over to his career as well. Working for Alltech, Quill, and QRS, he was lead tech support and a master of managing the phones. He was the obvious choice to train installers from across the country for QRS. They came as colleagues and left as Don’s friends. He had a common sense approach to all he did that helped him successfully accomplish goals. His natural and self-taught skills with technology made him just as good if not better than any trained tech guy you know. His humorous qualities and uncanny ability to deliver a one-liner just at the perfect moment made him able to diffuse any tense work and customer situations, led him to being the best guy for that or any job.

As the years went on, the medications started taking their toll, eating away at his liver and kidney, and forcing Don into dialysis. The disease continued its march, fusing his body to a rigid state where he could not turn his head and labored his walk. The blows kept coming, with a fall that led to some paralysis and years of rehab. But you never heard Donald complaining. You would never catch him without that Donald smile and laid back attitude. Don was never one to give up, and when the doctors said he had weeks maybe months, Don turned it into years.

You see with Don, what we all eventually came to learn, was that for him “it was not a matter of when it was matter of if” for he knew no other way.

He fought an incredible fight, which earned him valuable time to witness his sibling’s marriages, his nieces grow up, his father and mother turn 80, and allowed him to have countless more memories with those closest to him. Had he not had his amazing strength and perseverance, we all would be less enriched without his remarkable character touching our hearts everyday for the past 56 years.

We can all learn from his strength, demeanor, and positive attitude throughout excruciating pain. Donald – we love you and miss you terribly; thank you for all that you have given us, and rest in peace knowing your sprit will continually inspire us everyday for the rest of our lives.

The family would like to thank all of you for your well wishes, and hope to see you all soon. At that time we can indulge in one of Don’s favorite beers a Heineken, and share a favorite Don story. He would have it no other way.

Don specifically requested no service. The family will adhere to Don’s wishes and spread a bit of his ashes in the Gulf of Mexico, launch a bit into space, and the rest buried next to his Uncle Donald in Illinois.

But not before the Urn is carried to Wrigley Field for one last Cub game with the family.