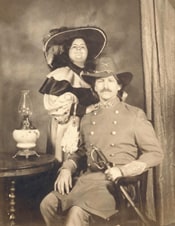 Daniel Lunsford was born in Riverside, California in 1951. He lived life to the fullest and never did anything the easy way. Dann graduated from Highlands High and from Sacramento State with degrees in math, physics and philosophy. He taught at Sierra College and then started his career as a computer specialist with the state of California. Dann began at franchise tax, then moved on to the state data center, and finally on to the California Department of Transportation, Caltrans.

His knack for problem solving served him well in his job working for Caltrans, where he traveled the state performing his wizardry on their computers. When he needed sick leave for a bone marrow transplant his fellow employees donated eight months of their own vacation time. He loved his job and the people he worked with and worked until just a few days before he passed away.

Dann lived for solving puzzles and attacked every problem with the same verve and joy. It made no difference if he was fixing a bug in a 5000-line program or playing a "find the hidden images" puzzle in the paper.

His booming laugh could brighten up anyone's day. When he was diagnosed with multiple myeloma and given a very poor prognosis he attacked the problem head on and fought bravely to the end, gaining several more years than had been expected.

Dann liked habanero pepper sauce and icy snow cones, teaching children basic math and debating obscure physics problems, classical music and the "Three Stooges", noisy casinos and sitting quietly by a brook, historical recreations and science fiction conventions. He loved his family and helping others, and he will be missed both by family and friends. He leaves behind his wife Pamela, mother Dorothy and father Daniel Lunsford. His brother Doug, niece Heather Lunsford, nephew Steven Lunsford, and brothers-in-law Steven and Thomas Quiring will also miss him.

Dann was a lifelong space fan and when he learned about Celestis site a month before he passed away he was immediately sure that this was the perfect thing to do. Dann's lifelong passion for space will be fulfilled with the Celestis launch of his remains into space.