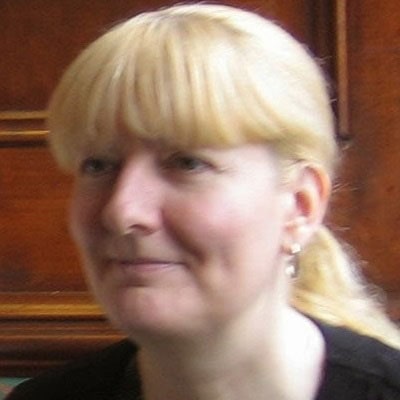 It is not possible to do justice to Ann in 500 words. This piece includes only the bare bones of fact along with some apposite quotations and comments supplied by her partner Reg Wright, brother Ian Harper and sister Christine Skeats (Harper).

Ann was born on Thursday 8th May 1958 at Queen Mary's hospital in the Eastend of London. As this is “within the sound of Bow bells” she was a true Cockney and remained proud of this throughout her life.

Ann died on Monday 3rd February 2014 at five o'clock in the afternoon; quietly at home with Reg in Leigh-on-Sea.

Ann had many talents and her hobbies included; Dancing (ballet), Playing the oboe (and practising the saxophone), Reading, throughout her entire life, Knitting, Playing darts, Sewing (including cross stitch), Quizzing (as a very successful contestant), Films & TV, and everything related to them, from long before she was born, The Music of David Bowie, Pink Floyd, Madness and many others (occasionally live). Holidaying, mainly in Greece. Real Ale (as a member of HASSRALE).

She played the oboe on Friday 19th March 1971 as part of the “Newham Goes To Town” Concert at London's Royal Festival Hall and was proud of this stage appearance which she hoped to repeat in retirement.

She worked at several agency jobs such as, Avon, Sylvan Eve, Charisma as well as for large employers such as Access (Mastercard). Most of her working life was with National Government as part of the Civil Service. Laterly she was responsible for International Education Programmes. Despite visiting 10 Downing Street, being invited to foreign embassies, travelling abroad and making presentations at many schools, where she was always well-liked and respected, she was very modest about her achievements and spoke little of them.

To prove her professionalism Ann studied for and, on 17th April 1998, obtained Membership of the Institute of Personnel and Development

“A wondrous thing a dolphin blue,
But no more wonderful than you.
That you may know and others see,
Accept this dolphin ring from me.”

“My Dearest Darling Ann, we had a good little life and I miss you so very much. You will be remembered not just by today's ceremony but in our hearts and minds, in our thoughts, memories, photographs and conversations. While ever your star (Lyra RA 18h 59m 28.55s D 35° 27' ) shines.”

Christine Harper As part of the eulogy 17th February 2014.

“…..we are part of nature, built of the same stuff as stars....Our protons and neutrons have been around since the earliest times, glued together into heavy elements in the nuclear furnaces of long-dead ancient suns, blasted out into the universe and re-sculpted from diffuse interstellar dust clouds by the gentle hand of gravity. ….When the pattern of atoms known as you ceases to be, the building blocks will return to the voids of space and in a billion years or more they may take their place in another structure so beautiful that a future mind may perceive it to be the work of a god.”

Ann took early retirement in 2011. She did not live to learn to play the saxophone (though she did manage the opening notes of Yellow Submarine), develop her cooking abilities, undertake voluntary work or write her novel as she had hoped.

Everything is summed up by Ann's brother, Ian

“Just say I loved her” 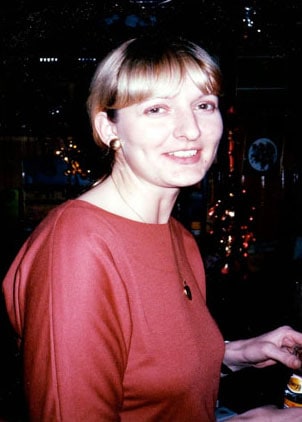