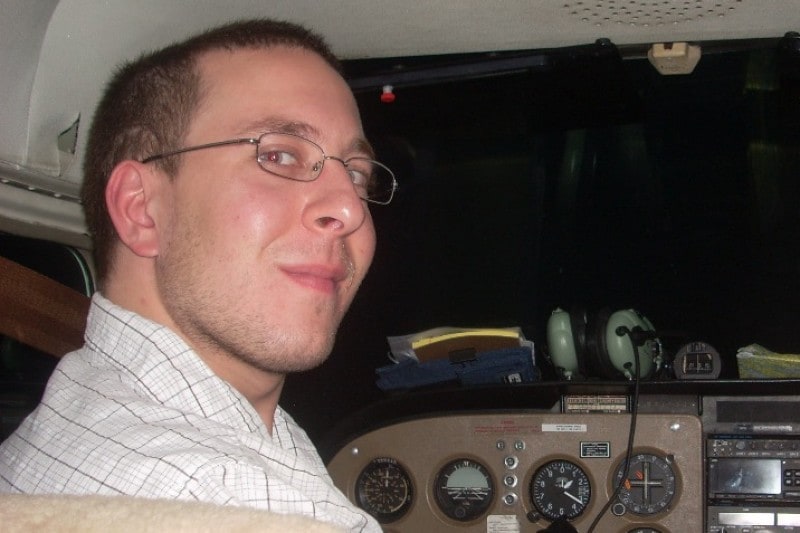 If there is anything to know about this young man, it's that he had a passion for the stars, the skies and science. He was a true family man going above and beyond for those in his family and the friends he considered family. He even attended the ultrasounds of my daughter (his first niece) and could not wait to be an uncle. If you knew Andrew, you were blessed.

Andrew Kretzmer was born on September 3rd, 1985. He was the pride and joy for his parents until his sister (me) was born and stole some of the limelight from him. From a young age he and I had a unique bond. We went through the loss of our father (Paul Kretzmer), the transition to a single parent family and then the transition of having a step-father and step-brothers. Then we suffered the loss of our mother (Lorraine [Hanbicki] Lucarelli) to cancer together and our bond grew only stronger.

Andrew was employed by Petro Extrusions Tech. Inc., Middlesex, New Jersey, as an assistant foreman for nine years. He was a volunteer fireman for several years in Metuchen, New Jersey.

Andrew was first diagnosed with squamous cell carcinoma of the tongue in 2012 and underwent the removal of most of his tongue and reconstruction using other body parts. He was the youngest person to ever be diagnosed with this type of cancer in the location it presented in. As we sat there, being the youngest people to come through this doctor’s doors, Andrew looked me in the eyes and I just nodded; he knew he would not be alone in this journey and we would conquer this together just as we always had. He underwent chemo and radiation and through it all never once backed down or thought the cancer would beat him. He surpassed all of his doctor’s expectations and was talking, eating and tasting everything. He was the most successful patient that underwent this kind of reconstruction at that time. Andrew never let any obstacle stop him.

In May 2016 Andrew noticed some pain in his side. After many doctor appointments and tests it was found that the same cancer cell had reappeared in both of his adrenal glands and lung. As we sat in the doctors’ office, Andrew stated firmly he was not ready to give up and was ready to fight. And fight he did.

The doctor told us that his cancer was not only rare, but was acting differently than anything they had seen before. Andrew never flinched. After his first chemo treatment, Andrew had some complications that put him into the ICU. He looked me in the eyes and stated that this was not his time. He went home, but a few days later was admitted back to the hospital for other complications. As we sat there he told the doctor he didn't feel like this would be the thing that would take his life and that he was still willing to fight.

Although Andrew had the fight in him and the determination to live a long life, another anomaly struck his heart. We all fought with Andrew and never once was he alone during his time in the hospital. On September 8th, 2016, Andrew's heart stopped beating and he passed away peacefully with many loved ones surrounding him.

There is the very short story for the amazing life of a brave, strong young man.

Andrew spent every opportunity he had to watch the stars and question reality. In 2009 he even went for his pilot license which he obtained, flying family and friends around in a small plane; just one more way of bringing him closer to the skies and stars above. His dream was to go to space one day. After his passing, his brother-in-law found this amazing site that we can make Andrew's dream come true. Andrew was cremated and his ashes will be shared between our mother, our father, and space.

Andrew is survived by me, Lauren Kretzmer Gall, my spouse, Gabe Gall and our daughter Nivena Gall; stepfather, Marco Lucarelli and two stepbrothers, and maternal grandfather, Edward Hanbicki. He is also survived by many aunts, uncles, and cousins.

Let me thank you all in advance for taking the time to read this short story for such a brilliant person.

We are all so thankful for Andrew being in our lives and he is terribly missed every moment.

So thank you to everyone who made donations to help pay for this Celestis memorial spaceflight. We are looking forward to seeing Andrew be sent to space as he always dreamed of doing!

We love and miss you big bro <3