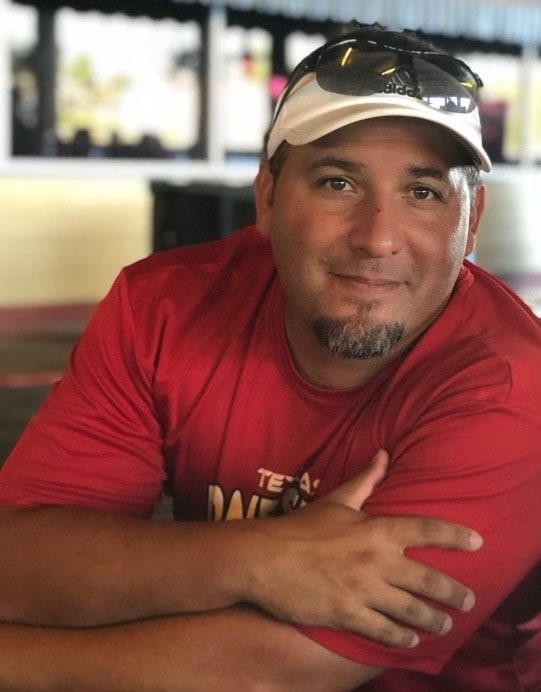 Orlando “Ro” Alvarez, husband, father, son, brother, uncle, coach, friend and descendant of the Angel of Goliad, age 42 of Garland, Texas passed away in Broken Bow, Oklahoma on Friday, April 30th, 2021 at 12:11am.

Ro was born on January 28, 1979 in Dallas, Texas, the third of three children, to Gilbert Rolando and Dora Diana Alvarez. He graduated from Plano East Senior High School in 1997 where he excelled in football, basketball, baseball and track. He was captain of the football team for the Plano East Panthers and was recognized as All District honorable mention quarterback. Ro also made a run in the playoffs for the Panther’s baseball team as an outfielder. He continued his education and played baseball for Collin County Community College where he reached the playoffs, then transferred to Texas A&M University – Corpus Christi where he worked towards a degree in education. He then transferred to the University of North Texas in Denton, Texas to finish his education.

He got his start in coaching when he joined the Dallas Mustangs FC as a youth soccer coach. After over five years, he had the strong desire to build his own soccer club and started the Texas Lonestars Soccer Club in June of 2011. He built his business, but never left his role as a coach. He loved his players and wanted them to experience winning. It was his passion for sports and his competitive nature that forced him to coach to win, but ultimately Ro wanted his players to have fun and love the game.

When he was not on the soccer field, you could find Ro outside enjoying a game of golf with his dad, on the lake with his family, enjoying a double meat with cheese at Whataburger, or watching America’s Team, the Dallas Cowboys on TV or live at the stadium. He loved camping, boating, traveling and experiencing new adventures with his friends and family. Wherever he was is where everyone wanted to be because of his fun-loving, free spirited nature. Where others focus on work, Ro had a different perspective on life. He lived through play and fun whether he was working, coaching, with family camping or on the lake. His career and personal life were lived out in the same way; having fun outdoors with the people that mattered most to him.

Ro will be remembered for his generous, kind, fun-loving, and compassionate spirit. He was an inspiring person who gave so much and brought so much joy to all our lives. From the outside looking in, it seemed he lived a life full of the finer things, but when you look at what was truly his alone, he was a humble and simple man, who took great pleasure in just being with the people he loved. However, do not underestimate his determination to win. If you ever doubted or challenged him, you were already beat and he ended up on top. He always seemed to win and there will never be a doubt that he won at this life. Simply put, he lived his life to the fullest and with honor.

Ro was preceded in death by the most loving, caring, giving soul -- his mother, Dora Diana Alvarez. He is now reunited with the person he deeply loved and who cared for him the most. 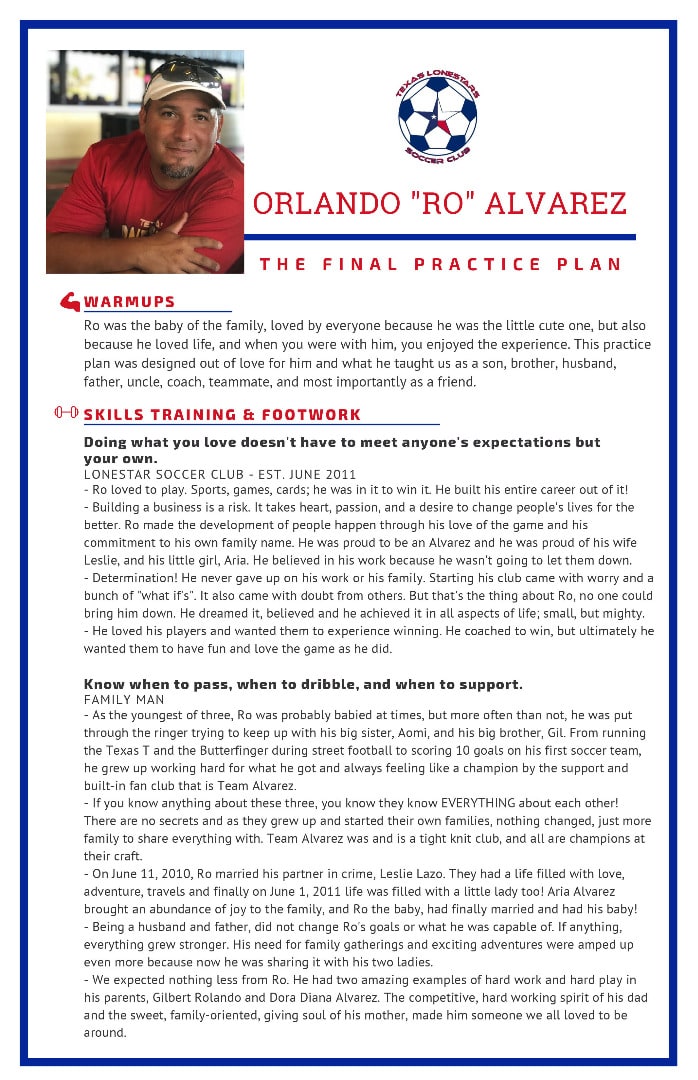 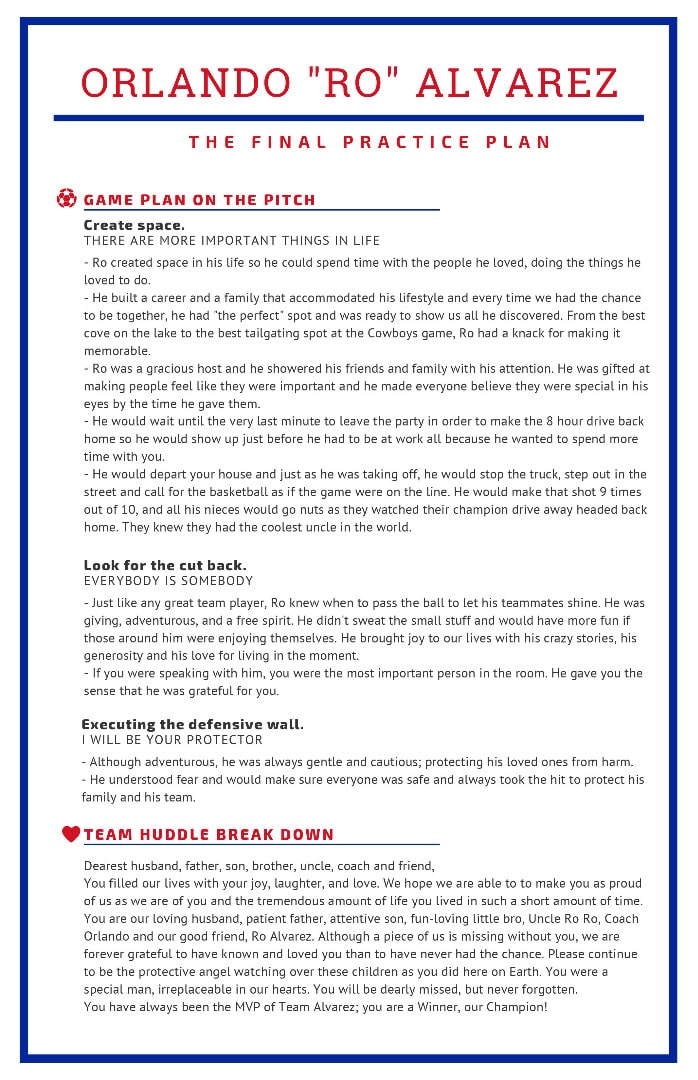